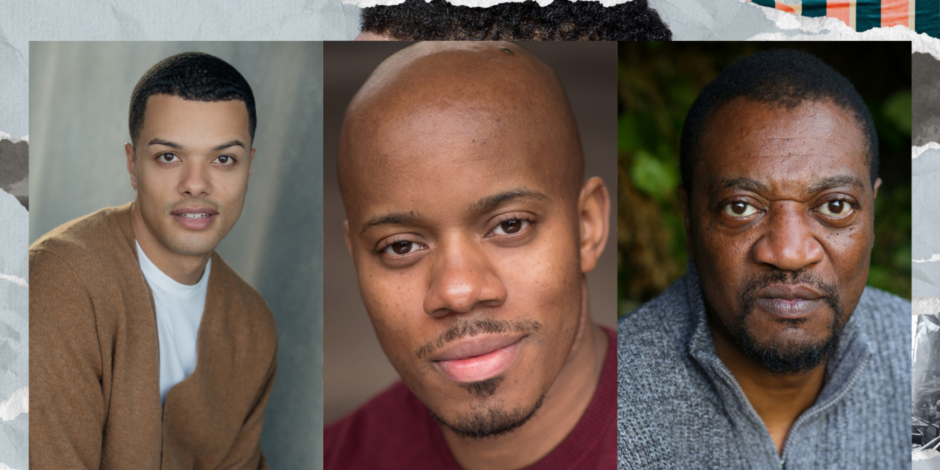 Bristol’s Tobacco Factory Theatres today announced the full cast for their autumn production REVEALED. Set against the backdrop of an uprising, following an incident in police custody that stuns the nation, REVEALED tackles themes of racism, masculinity, sexuality and mental health, through the prism of a powerful and poignant family drama.

The cast, representing three generations of the same family, includes Everal A Walsh (Rockets And Blue Lights at the National Theatre, Dr Who for BBC and Oscar-nominated Best Picture of the Year 2019 The Favourite), Dylan Brady (best-known for his portrayal of Danny in Coronation Street) and the play’s writer Daniel J Carver (Henry VI Parts 2 and 3 at Royal Shakespeare Company).

REVEALED builds on Tobacco Factory Theatres’ commitment to producing original work that delights and provokes. The play has been developed with support from the National Theatre’s Generate programme and it was co-commissioned with The Red Earth Collective.

“We are so happy to be announcing this brilliant cast today, in what will be my first production at Tobacco Factory Theatres as Associate Director. We’re particularly thrilled that Everal A Walsh will play our grand-father Sidney, having already workshopped the role at the National Theatre Studio earlier this year. We’re also very excited to welcome the incredible talent that is Dylan Brady, who will play teenager Luther, in his first professional stage performance, after playing Danny in Coronation Street for the last two years.”

Jay continues; “Daniel J Carver and I have been on this journey to get REVEALED produced since we started working on it together in 2018. I could not be more excited that Dan will also play the role of Malcolm – son of Sidney and father to Luther – in his own brilliant, moving and hilarious play”.

Talking of his involvement as an actor in REVEALED, Daniel J Carver said:

“I’ve had the opportunity to play some great parts, including Lord Clifford in Henry VI Parts 2 and 3 at the RSC earlier this year. One of the themes of this play is toxic masculinity and Malcolm is a very challenging and complex character in this sense. I grew up around men like Malcolm and I have been a Malcolm at various points in my life, so there is a deep connection there for me. I feel that I am at a stage in my life that I have experienced enough to bring the whole of me to this character.”

Want to play a role in opening up this vital piece of theatre for Bristol’s next generation?

Share The Story is our campaign to radically change the make-up of our audience for REVEALED, and to offer impact and inspiration to 2000 young people of diverse backgrounds. Help us to Share The Story.