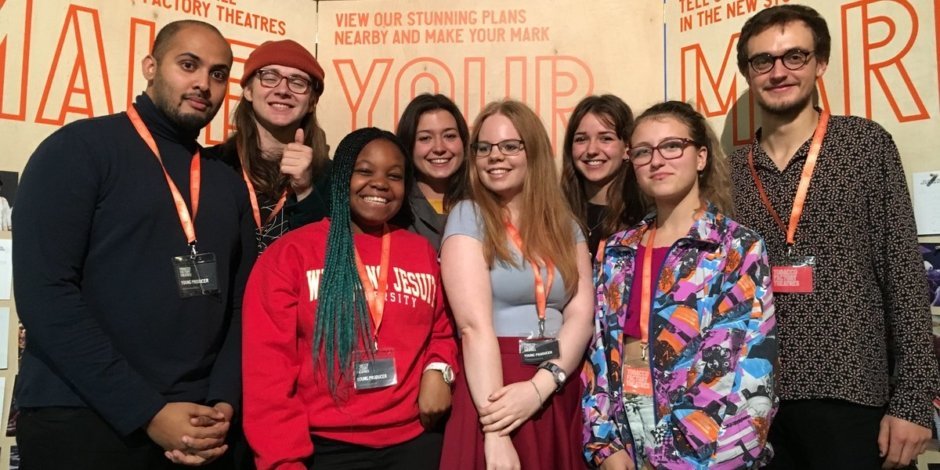 Young Producers meet Up Down Man

In the build-up to our latest REACT event at Tobacco Factory Theatres, our team of Young Producers were welcomed into rehearsals by the charismatic cast of Up Down Man in the week before the show’s opening. They spoke to writer and director Brendan Murray about the play over a cup of tea. 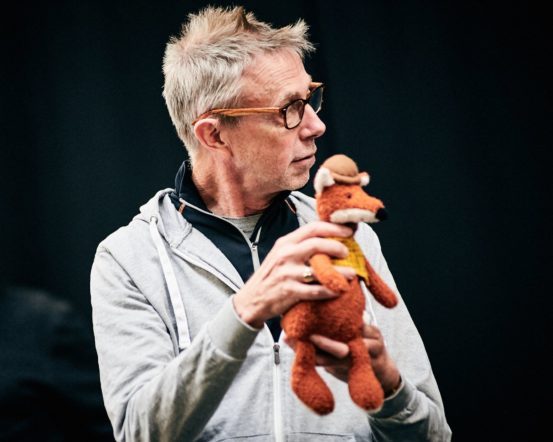 As soon as we entered the rehearsal room there was an overwhelming feeling of warmth and an obviously unique connection between the actors. Brendan later told us that the cast were very “touchy-feely, huggy”, and it showed – like a genuine family, they bickered over delivery styles through laughter, whilst offering compliments and support, just as the fictional Butlers do. Nathan Bessell, playing Matty Butler, charmed the room with his natural playfulness creating a sense of ease among the actors, who, we were told, had been having a busy week.

Nathan’s dancing deserves a specific mention as the source of a lot of the joy in both the rehearsal room (noticing us as two new faces Nathan danced over to us undoubtedly in an effort to illicit giggles) and within the play itself. Nathan and Matty alike are both effortless charmers, what makes them both even more compelling is how genuine it is. They simply want everyone to be happy. 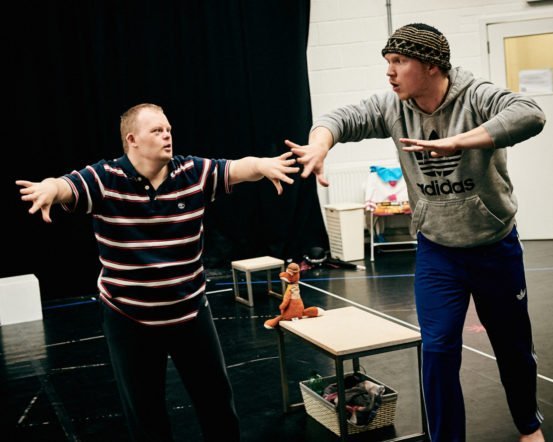 In the mid-afternoon break, we grabbed Brendan to ask a few questions about the play and how the themes of adulthood and disability came about. After fumbling to work the voice memos on our phones, we all eased into the informal interview.

Up Down Man follows the extraordinary success of its prequel Up Down Boy; a play written by Sue Shields, Nathan’s mother, and based on her experiences of caring for a child with Down’s syndrome. Both plays are praised for their frank depiction of Down’s syndrome, so we began by asking Brendan how closely his writing process was influenced by Nathan and other events in his life.

“I spoke to quite a number of people, I went on Down’s syndrome websites and on to social events, just to meet parents who would share their experiences and loads of people did”, says Brendan. “Principally, of course, I talked to Nath and I talked to his family […] I mean, obviously I dramatised it, I tried to find a story’, but the basis of Up Down Man is rooted in the truth.” 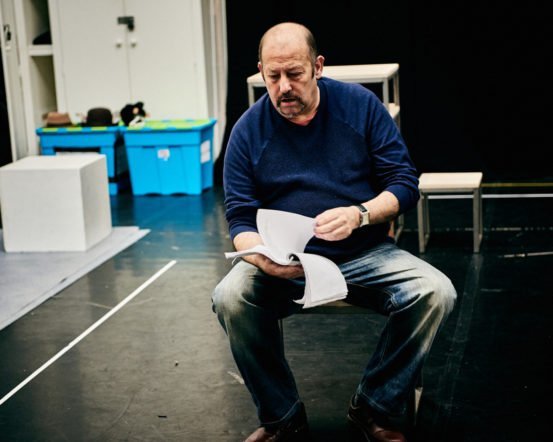 He goes on to talk about the direct impact which Nathan had on the script and creative process. “He’ll do something that’s not planned and it’ll actually be far better […] There are plenty of lines from the play that are directly from Nathan. The mantra friends, family, together is from Nathan, and that’s what he believes and that’s how he’s been brought up.” He describes the moment we have just watched in rehearsal, a scene where Matty comforts Dad after an angry outburst by giving him a biscuit, and tells us “Nathan originally didn’t have a line, and I used to say to him, you don’t speak. Yet he ignored direction, stole Dad’s line and uttered miss her, and that became the best line in the play. It’s a killer line when he says it. And it’s always the point at which the audience goes.”

Nathan is captivating as an actor, and seems attuned to the play’s tone and the other actor’s feelings. Brendan praises his different approach, and details how it enhances both the play and Nathan’s development and acting career. “Nathan’s been working in theatre for about fifteen years now, and I think it’s had a huge effect on him. It’s certainly given him a voice in a way that he doesn’t get in other aspects of his life. […] This gives him an environment which he can express things and can contribute things.”

We move onto the theme of adulthood, which Brendan interprets as “a continuum, in that there are times that you feel like an adult and times that you are the child again.” We discuss how the journey to adulthood is difficult for anyone, and can only assume that it’s more difficult for someone with learning difficulties. Brendan sees things a little differently, believing growing to be an entirely individual process. “In a funny sort of way, there are no differences… you can’t just go well, we’re us and they’re them, because we’re all different.” 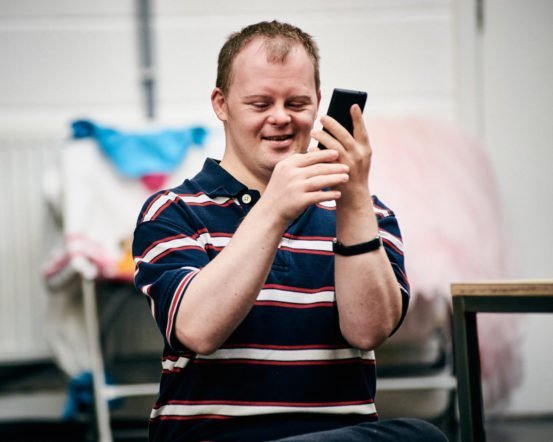 Brendan tells us that the perception of actors with disabilities is changing. “It’s the current topic at the moment – while there was a drive for involving black and minority ethnic actors in theatre about twenty years ago, now the focus has gone to disability.” He recalls a moment when he was cast as an actor with learning disabilities and exclaims his shock that this would never happen now. “There are so many roles from which they [disabled people] are excluded that when there is a role for someone with a disability and some able-bodied actor comes along and takes that one…”. He accounts this problem to a fear of difference, but optimistically tells us that “people are getting less afraid”, and that “the more diversity the better really. I’ve never seen diversity close things down, just the opposite. It just gives you more lines of possibility.”

“The difficulty for Nathan is that society doesn’t always recognise his strengths, in the way that his mum and the cast do. He looks different and people don’t know what he’s going to do in a way that we can predict because we have social norms. It’s like what his mum says about him. She says she looks at him and says “look at you! Where do you come from? You’re an alien, you’re from another world. And it’s amazing”.

Perhaps this is why seeing shows like Up Down Man is so important. The play teaches us to celebrate our unique differences and embrace the differences of others.

Up Down Man runs at Tobacco Factory Theatres from Wed 08 – Sat 18 November. For more information or to book tickets please visit the main show page.