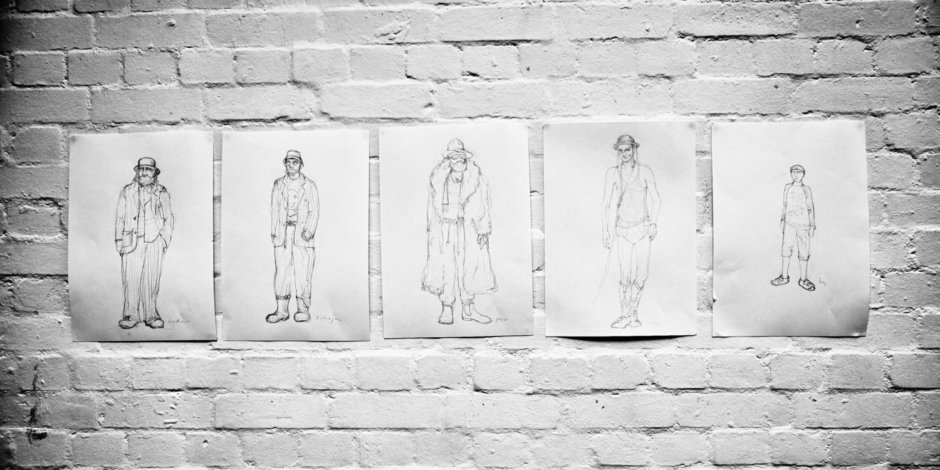 At the end of the first week of Waiting for Godot rehearsals, Assistant Director Chloe Masterton gives an insight into how you get to grips with a play famous for being the one where ‘nothing happens’ …

This week has been all about diving into the world of the play. On paper, Waiting for Godot makes little sense so we have been playing around with it to find its internal logic. To do this, we’ve been asking lots of questions such as, ‘Have these characters been here lots of times before?’, ‘Is it the first time that Estragon and Vladimir have met Pozzo and Lucky?’, ‘Is any of what they’re experiencing even true?’. It’s been about establishing the facts really.

We’ve also been grappling with the very prescriptive stage directions that Beckett wrote into the play to make sense of them and to figure out what they unlock about other aspects of the play and the characters’ stories. For example, when Vladimir first comes on stage, he’s described as having short, stiff strides and a wide stance and he buttons up his fly shortly after. He then proceeds to hurry off stage repeatedly, which all suggests a problem with incontinence, although that’s never explicitly mentioned in the dialogue. It’s like doing a jigsaw – using the stage directions to piece together the whole story. 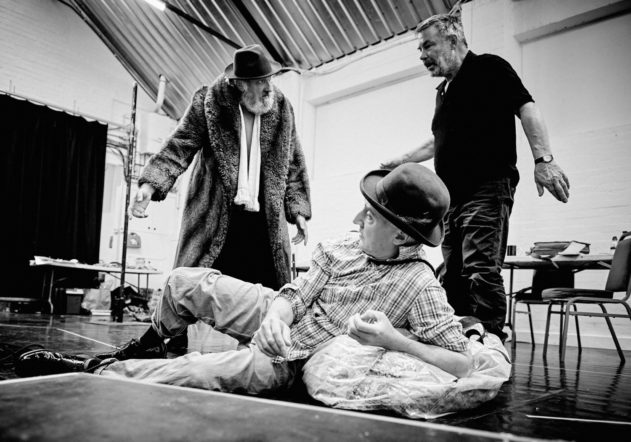 We’ve had one session with Bim so far [Bim Mason, Artistic Director of Circomedia and Clowning Director for the show]. We’re not setting out to make a clowning show but there is evidence in the text that there was a clowning influence that Beckett was interested in. The characters swing between a whole range of emotions – despair, joy, hope, fear, terror, ecstasy – in a way that is very like a clown. They’ve also got very short term memories, which again you see in clowning and also in children. We’ve been talking a lot about them ‘teetering’ – teetering on the brink of various emotions. Bim has also been helping us unlock the various games that the characters play to help pass the time. There is a very strong sense in the play of these men desperately needing to fill space and time.

I graduated from my MA at Bristol Old Vic Theatre School in July 2016 and during my time there I was Assistant Director on three shows, working with directors Tom Morris, Ed Viney and Michael Boyd. But working on this production with Mark is already very different. It’s great to work with such an energetic director who is on the upward trajectory of his career. I have a lot of responsibility on this show, which is brilliant. For example, I’m working with some of the actors on my own, which doesn’t usually happen. And I’m also responsible for rehearsing the actors playing The Boy, both here in Bristol and when the production tours to The Dukes and Stephen Joseph Theatre. I have a background in youth theatre and education, so this is great.