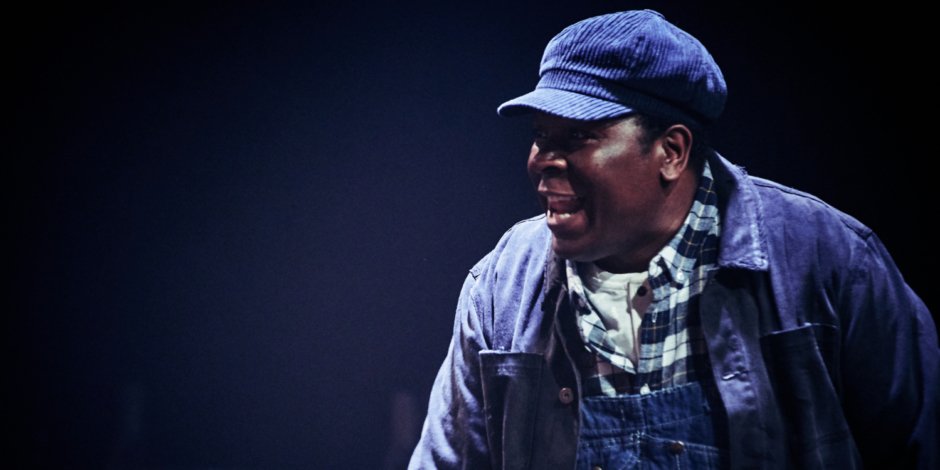 A View From the Bridge: Catching up with Kirris Riviere

It’s been a joy having our brand new Factory Company in the building and we can’t believe we’re down to the final few performances of our incredible, in the round production of A View From the Bridge. To round off the season, we spoke to Bristol-based Kirris Riviere, about his character in the play and what makes Bristol special for him.

Tell us a bit about your character in A View From the Bridge – Louis – and his relationship with the other characters.

Louis’s relationship with Eddie, Mike and the other dock workers is like that of an extended family. They work together, socialise at their favourite local bowling alley and look after each other through the hard times. Their world is all about hard work, security and honour.

Louis is a fun-loving, hard-working guy and his world is his work friends and family. Although his family isn’t specifically mentioned in the play I get a strong sense that he is a family man, though he’s probably not always faithful!

However as the story unfolds, massive emotional shifts in Eddie’s life create devastating changes which Louis and Mike are totally unaware of. By the end of the play they meet a completely different man in Eddie to the one they are used to, to say least.

You’re based in Bristol and have acted in many productions here, but also in other cities. Is there something special about the theatre scene in Bristol?

Bristol is a vibrant city which still feels edgy when it comes to the arts scene. I was born and bred here and have seen many changes to the city in its attitudes, politics and dramatic changes to local areas. This has undoubtedly caused some problems but it has also created hubs of local talent, like at Tobacco Factory Theatres, which tell individual stories unique to the city.

Any advice for young performers in Bristol?

I have had many ups and downs like everyone else as a performer. Sometimes it feels like an impossible feat to go from job to job with such uncertainty, asking yourself questions like, ‘how long will I be out of work?’, ‘after several auditions, why haven’t I landed a job yet?’.

Those feelings are natural and I would suggest holding on to them, since life experience is the exact thing you need to become a more rounded and grounded performer. Life experiences like this help create a useful database which you can then use as an actor/performer.

It’s one of the toughest professions on the planet, so any skills that you can learn, be it fluency in another language or learning an instrument, will always separate you from the rest and can create unique opportunities, which can only be a good thing.

I have had a love of blues music for many years, so when I’m not acting or teaching at my old secondary school at Ashton Park, I can often be found playing at all the local hot spots with my band, the Kirris Riviere Blues Band.

Catch final performances of A View From the Bridge at Tobacco Factory Theatres until Sat 12 May. To find out more and book, visit the main show page.