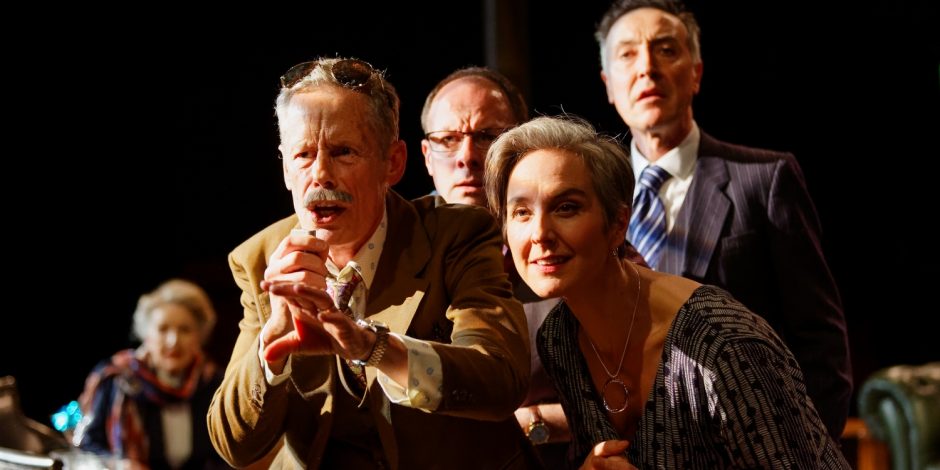 We’ve been delighted with the response to our co-production of Tartuffe with Shakespeare at the Tobacco Factory. Read on for a round up of some of the reviews and some of the comments left for us by our lovely audiences.

“A rip-roaring night of comedy that turns the oft-accused ‘too international’ Molière into a British political satirist.”

“A playful, creative and fun work”

“A splendid Tartuffe. This is an adaptation that treats Molière’s 17th century comedy with great respect, yet which seems as fresh and immediate as today’s news.”

“The play…has a very relevant message for our times…this highly entertaining Tartuffe reminds us that a little healthy scepticism would not go amiss. Bravo!”

“Very easy going and surprisingly relevant given that the original work is over 350 years old. Good stories stand the test of time and this one is no exception.”

“Well written, well directed and really well performed in the round at the fabulous Tobacco Factory Theatres.”

“Some truly laugh out loud moments…I’d highly recommend this show.”

“A brilliant, witty and uncompromising adaptation that resonates sharply with our own tense contemporary zeitgeist”

“A resonating, sharp satire with lots of laughter as well as careful socio-political commentary.”

On the Beat Read full review

“For all its 17th century French roots, this Tartuffe can undoubtedly stand comfortably alongside any modern British comedy.”

“Simply entertaining, touching and makes you laugh a lot. That’s really all you need for a good night at the theatre.”

The new adaptation of #Tartuffe @ShakespeareatTF @tftheatres is sparky and funny, great performances and a cracking new script!

Had a right laugh at @tftheatres @ShakespeareatTF adaptation of #tartuffe. What a thoroughly punchable character he is. #moliere #theatre ?

@ShakespeareatTF #tartuffe was wonderful, laugh out loud funny. Thanks for yet another excellent show! 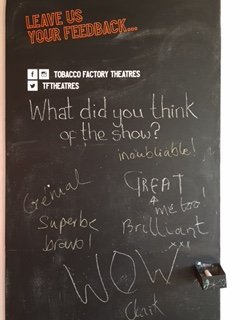 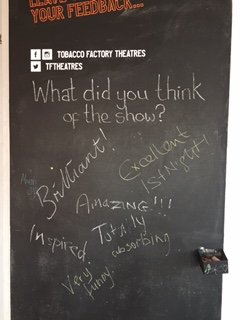