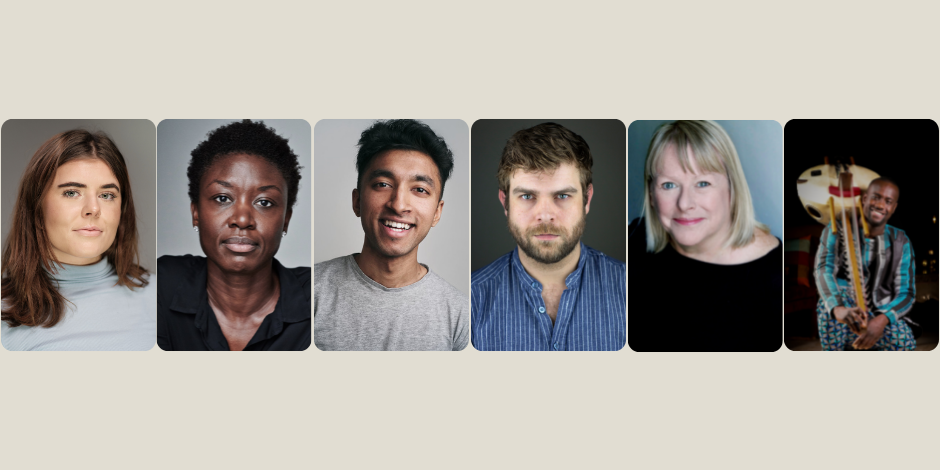 Director Helena Middleton on the team: “I am so thrilled to be working with such a brilliant cast to breathe new life into the sonnets and to be collaborating with Sura Susso, whose mesmeric music will elevate the show. The cast all have a genuine connection to Bristol which will bring our love letter to the city to life. Can’t wait to start rehearsals next week to see what magic they create.”

THE Cast in order of appearance:

Alexandra Wollacott  joins stf for the first time to play, LAURIE. She is a Bristolian actor, movement director, facilitator, dancer and drag king who recently graduated from Bath School of Music and Arts with a first class degree in acting. Alex has co-founded two exciting theatre companies; Inkbloc Ensemble, and From Rags to Witches. She works regularly with The egg assembly, the Bristol Old Vic and the Tobacco Factory’s outreach department, nurturing young people’s creativity and theatrical exploration.

Nadia Williams returns to the company to play PREACHER, after performing as first fairy in stf’s celebrated 2010 production of A Midsummer Night’s Dream directed by Andrew Hilton. Nadia is Bristol born and bred. Her stage credits include ‘Nel’ in Top Girls (Lyndsey Turner), I’m Not Running by David Hare (both National Theatre), Phaedra’s Love (Bristol Old Vic/Barbican) and The Curious Incident of the Dog in the Night (Tour – National Theatre). Screen credits include: The Crown (Netflix), Doctors (BBC), Broadchurch (Kudos. Radio credits include: Poetry Please, Positive , Black and White Riot and The Chosen One (all for BBC Radio 4).

Shane David-Joseph joins stf for the first time to play ARTIST. He trained at The Bristol Old Vic Theatre School and is proud winner of The Peter O’Toole Prize 2019. Theatre credits include: A Christmas Carol (Bristol Old Vic), The Railway Children (Kings Cross Theatre) and Regenerate (Bunker Theatre). TV/Radio credits: Temple – Series 2 (Sky 1), The Runner (Wulf Runner Films) and most recently was the voice of Mathias for You won’t believe what happens at this Pentecost party! (BBC Teach). Theatre whilst training: The Life and Adventures of Nicholas Nickleby (Bristol Old Vic); Let The Right One (Circomedia); Mr Maglump (Bristol Old Vic, Weston Studio).

Zachary Powell returns to stf to play JAZ, after performances in Much Ado About Nothing in 2019, Henry V 2018 directed by Elizabeth Freestone and Othello our co-production with English Touring Theatre directed by Richard Twyman. Theatre credits include In Praise of Folly with Foppish Theatre Company at the Crescent Theatre, Birmingham, A Taste of Honey with Red Rope Theatre Company at the Alma Tavern, Bristol and Macbeth with Insane Root Theatre Company at the Redcliffe Caves, Bristol. Film credits include You, Me and Him with Badpenny Productions and Los Feliz with the Austrian Film Institute. He trained at the Bristol Old Vic Theatre School.

Heather Williams is an Associate Artist for stf and joins the company to play FRANCES.  She has long associations with theatres in her home city of Bristol. For Bristol Old Vic she has directed/performed in over 20 productions including Up the Feeder Down the Mouth; Suspension; Sleeping Beauty and was also Director of Education and Youth Theatre for eight years. For Tobacco Factory Theatres, recent productions include The Love I Feel Is Red; A Midsummer Night’s Dream. She was Artistic Director of Myrtle Theatre ( 2004-2018), which gained a national reputation for ambitious, original theatre articulating diverse and unheard voices. Productions include City of One; Hot Air ; Jollity Farm ; Up Down Boy, Up Down Man.

stf is thrilled to work with Sura Susso kora player and composer who will join the actors onstage playing live during the performance.

Surahata Susso, also known as Sura Susso is a young and prodigious kora player, percussionist and composer from Gambia, West Africa. Sura is from the griot tradition, a lineage of hereditary musicians in West African, keeping the culture, history and tradition alive through music. He came to the UK in 2004, at age 17 to perform as the percussionist of the popular Seckou Keita Quintet who toured all over the world until 2010. He also started composing music and performing as a solo artist in many prestigious venues and festivals across the UK and the Gambia. He also regularly opened shows for the likes of Baaba Maal (Glastonbury Festival) or Buika (Barbican). Sura released his much anticipated second album in March 2021 called ‘Tili Saba’. Tili Saba comes nearly a decade after his debut album, Sila Kang. The carries the listener on a journey across periods and settings, immersing them in the warm and uplifting sounds of Gambian music including traditional, acoustic, and more modern upbeat sounds.

stf is grateful for Arts Council England and DCMS Cultural Recovery Funding received in round two which supports this performance.

With thanks to the Garfield Weston Foundation and University of Bristol.

Chinonyerem Odimba is a Nigerian British playwright, screenwriter, and poet. Her recent work ranges from Medea at Bristol Old Vic, We Too, Are Giants for Kiln Theatre, Unknown Rivers at Hampstead Theatre, Prince and the Pauper at Watermill Theatre, The Seven Ages of Patience at Kiln Theatre, and   . she is also Writer-in-Residence at Royal Welsh College of Music and Drama.

Her work for theatre includes The Bird Woman of Lewisham at the Arcola; Rainy Season and His Name is Ishmael for Bristol Old Vic; Joanne for Clean Break, and Amongst the Reeds for Clean Break/The Yard Theatre.  Her work for young people includes a modern retelling of Twist for Theatre Centre and Sweetness of a Sting for NT Connections.

She has been shortlisted for several awards including the Adrienne Benham and Alfred Fagon awards. In 2015 her unproduced play Wild is De Wind was shortlisted to the final ten for the Bruntwood Playwriting Award. She is the winner for the 2018 Sonia Friedman Award (Channel 4 Playwright Bursary) for a new play How to Walk on the Moon, and a finalist for the inaugural Women Playwriting Prize 2020 for her play Paradise Street.

Chinonyerem’s TV credits includes Scotch Bonnet for BBC Three and A Blues for Nia for BBC/Eclipse Theatre, Adulting for Channel 4, and more recently My Best Friend Married a Warrior for CBBC. For radio, credits include The Last Flag, and Eve as part of This Is Your Country, Now series on Radio 4.

As a director, Chinonyerem has worked for Bristol Old Vic, Theatre503 and Bristol Old Vic Theatre School. She will be co-directing her new play Black Love for Paines Plough, as well an audio drama for Live Theatre/BBC Radio 4 in 2021.

Helena Middleton is a Bristol based theatre and film director and co-founder of The Wardrobe Ensemble.

We are seeking a Communications and Fundraising Director. This person will work closely with the Artistic and Executive Directors,... 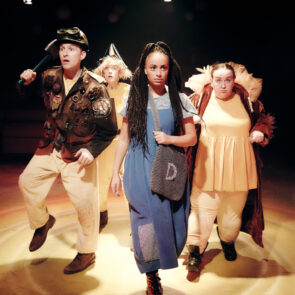 OZ – coming to your home this Christmas!

There’s no place like the theatre. But if you’re unable to attend Tobacco Factory Theatres right now, there’s no... 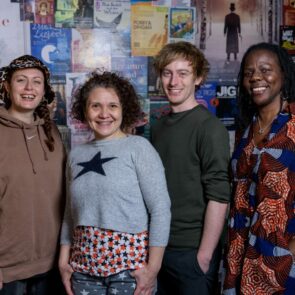 joining us for a year as we embed artists & freelancers within our organisation to be part of our...