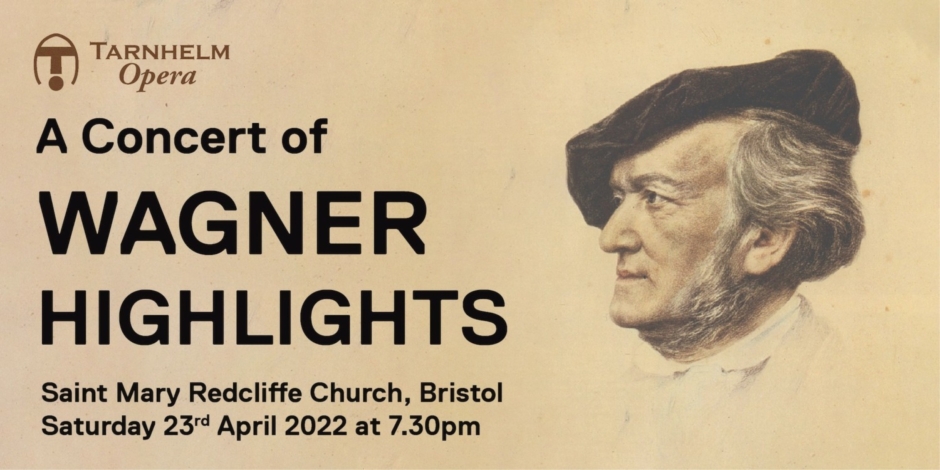 A concert of highlights from Wagner’s operas and songs performed by soloists from Tarnhelm Opera and featuring the church’s Harrison & Harrison pipe organ.

Tarnhelm Opera specialises in bringing the music of Richard Wagner to the widest possible audience. The company launched in the autumn of 2019 with performances of Das Rheingold by Richard Wagner at venues in the West of England and South Wales. The production was semi-staged, in costume and with an innovative set to support the drama. The work was performed in German with English surtitles.

Our performances generally take place in cathedral and large church venues and make full use of their substantial pipe organs, giving a remarkably faithful and impressive account of Wagner’s scores in magnificent and lofty surroundings.

Overture to The Mastersingers

The Ride of the Valkyries

and celebrated extracts from:

A cash bar will operate on the night

Tarnhelm Opera CIC is a private Community Interest Company limited by guarantee. Registered in England and Wales no. 11895566.