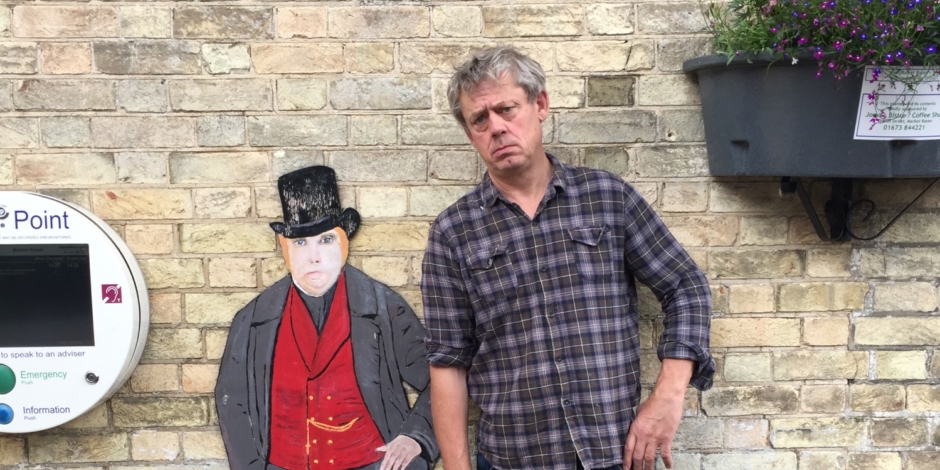 Graham Fellows- Completely Out Of Character

Graham Fellows has performed as the character John Shuttleworth for over 25 years on stage, TV and radio, delighting audiences throughout the UK with his songs and quirky take on everyday life.

Recently Graham finished touring as John Shuttleworth with his latest show My Last Will And Tasty Mint, as well as appearing and winning
(alongside Dave Gorman) on Pointless Celebrities and Count Arthur Strong. Now Graham, minus purple leather jacket and fawn slacks (but fully clothed!), steps out from behind the keyboard to plug in his guitar and sing his own songs. Graham will naturally talk about Shuttleworth as well as his other comic characters, plus his pivotal acting role on Coronation Street, and becoming a teenage pop star as Jilted John.

Hear the tale of the night jazz legend George Melly broke into Graham’s bedsit, and of the time he bought a packet of bread sauce with a famous
Hollywood actor, poignantly recalled in the ballad, Mark Rylance Was My Lodger.