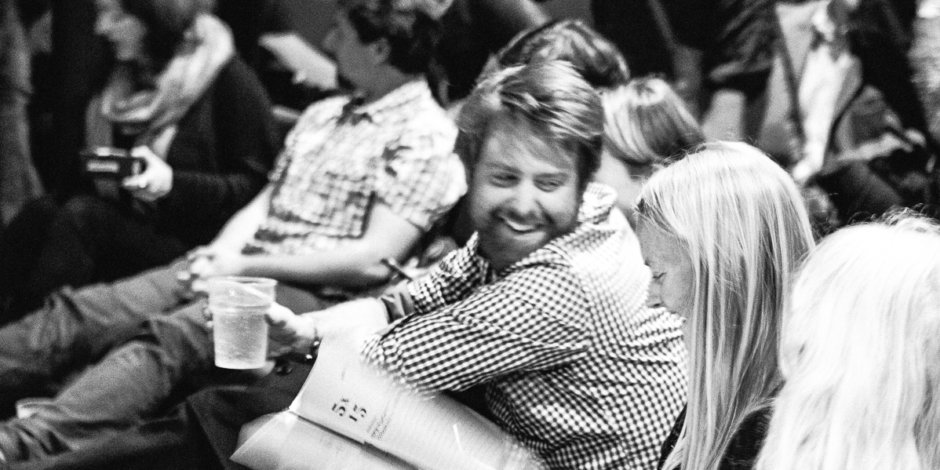 5×15 have made the intimate setting of Tobacco Factory Theatres their home and have brought some of the country’s finest speakers to Bristol.
Past line ups have included Michael Eavis, Tim Dowling, Nimco Ali, Hollie McNish, David Olusoga, Lliana Bird and MC Joe Peng. Expect an eclectic and interesting evening for curious minds, in an atmosphere more
saloon than salon. Full line-up below.

Ru and Claire Callender are ceremonial undertakers, who started The Green Funeral Company, covering Devon and Cornwall in 1999. Ru and Claire became undertakers, (they prefer the term to ‘Funeral Directors’ with its implied etiquette and control) after hearing about The Natural Death Centre charity, an organisation that sprung from the counterculture. Their training mainly consisted of reading The Natural Death Handbook and being influenced personally by punk, acid house and crop circles. They have run The Green Funeral Company for the past 17 years. They have been together for 15 years. They have been married for 13. They also envisioned and helped create Sharpham Meadow Natural Burial Ground in Totnes. Ru and Claire have been described as ‘alternative’ funeral directors, and it is true that they are the opposite of the mainstream funeral world, which they feel is often highly corporate, patriarchal and resistant to innovation. They will give us insight into radical funerals and the need for honesty, appropriateness and participation.

Tom Dyckhoff: The City of Spectacle

“London has transformed in the 40 years since I first visited as a kid, from city of punk and empty warehouses to city of gleaming glass towers and super-gentrification. Let me take you on a tour. What a strange place it has become…”

Tom is a writer, broadcaster, enthusiast and historian about architecture, cities, design and places. He is a teaching fellow in the history and theory of architecture and cities at the Bartlett Faculty of the Built Environment, UCL, and presents BBC2’s The Great Interior Design Challenge. His latest book is The Age of Spectacle: adventures in architecture and the 21st-century city.

Annie’s new book The Greedy Queen: eating with Victoria is a culinary biography of a very well known monarch. It covers her eating habits, her relationship with food, her meals and menus, as well as detailing changing food fashions, and going below stairs to look at the people and places associated with cooking. Writing it was great fun, but also at times rather eye-opening. Not much had been written about Victoria and food and nearly all that had been turned out to be dubious. Myths abound in food history, from the obviously wrong ‘no-one drank the water in the past’, to the more insidious ‘Victorian food was stodgy and boring’. This talk concentrates on Victoria-related myths, the reasons why they arose and the evidence to counteract them, while at the same time giving us a new perspective on a Queen who really did love her food.

Food historian Annie Gray is a writer, broadcaster and consultant. She’s the resident food historian on BBC Radio 4’s The Kitchen Cabinet, and presented BBC 2’s Victorian Bakers and The Sweetmakers, both living history documentaries exploring social history through food. She works across the heritage industry, with organisations such as The National Trust, English Heritage and Historic Royal Palaces, advising on the use of food and dining to bring alive the stories of the past. For many years she ran a team of costumed interpreters at the award-winning Audley End House in Essex, and, although she only occasionally dons a corset and apron now, is still active in the word of heritage interpretation. Her first book, The Greedy Queen: eating with Victoria is an intimate portrait of one of Britain’s best known monarchs, and had been called a culinary biography, the story of a woman, her stomach and all the edible wares of Victorian Britain. 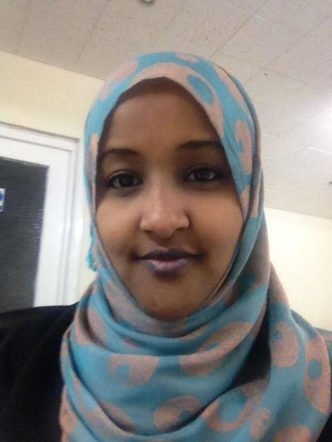 Nura Aaba is a campaigner for people with autism. 15 years ago her son Zak was diagnosed with autism. In the Somali language there is no word for autism, and Nura struggled to over come the stigma that came with her son’s diagnosis. Her family and community expected her to hide Zak, but she felt that she had to do something. She decided to educate herself and aimed to help Zak to be accepted in the community. After many years of different interventions Zak spoke and made progress. Today he is happy and has his own voice.

Nura set up a support group for Somali families affected by autism called Autism Independence and worked with Bristol University and NHIR CLARHC West to research the experience of Somali families affected by autism. She also developed and starred in a play with ACTA theatre called, Yusuf Can’t Talk to raise awareness. Nura is currently exploring this topic in a PHD and researching to what extent the current system provides for children with autism and the practical measures that can be given to enable them independence. She is also writing a book about her journey with Zak and is preparing a TED talk in November. 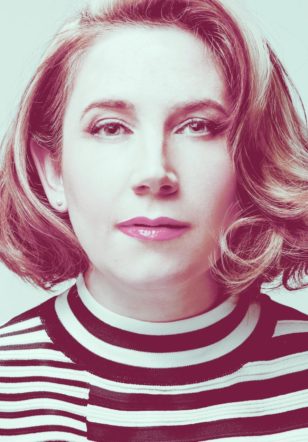 Viv Groskop has discovered the meaning of life in Russian literature. As she knows from personal experience, everything that has ever happened in life has already happened in these novels: from not being sure what to do with your life (Anna Karenina) to being in love with someone who doesn’t love you back enough (A Month in the Country by Turgenev) or being socially anxious about your appearance (all of Chekhov’s work). Viv will be offering us all some literary self-help, drawing on examples from her own life that reflect the lessons of literature, only in a much less poetic way than Tolstoy probably intended, and with an emphasis on being excessively paranoid about having an emerging moustache on your upper lip, just like Natasha in War and Peace.

Viv Groskop is an award-winning comedian (Say Thank You to the Lady and Be More Margot), a crack interviewer (most recently seen on Graham Norton’s UK-wide book tour), and an agony aunt for The Pool. She is the author of I Laughed, I Cried (Orion 2013), and a regular contributor to the Guardian, Observer and Mail on Sunday, as well as Front Row, Woman’s Hour and Newsnight. 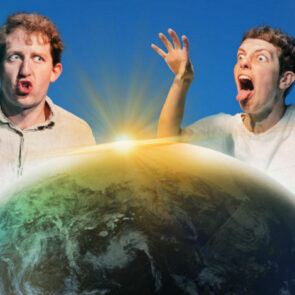 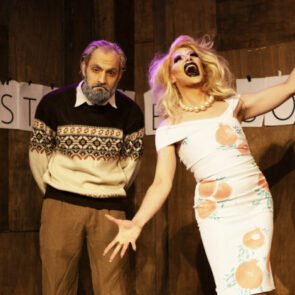 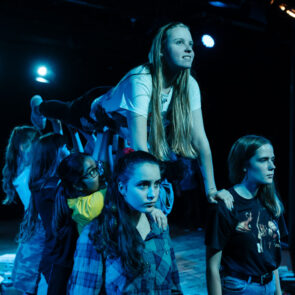