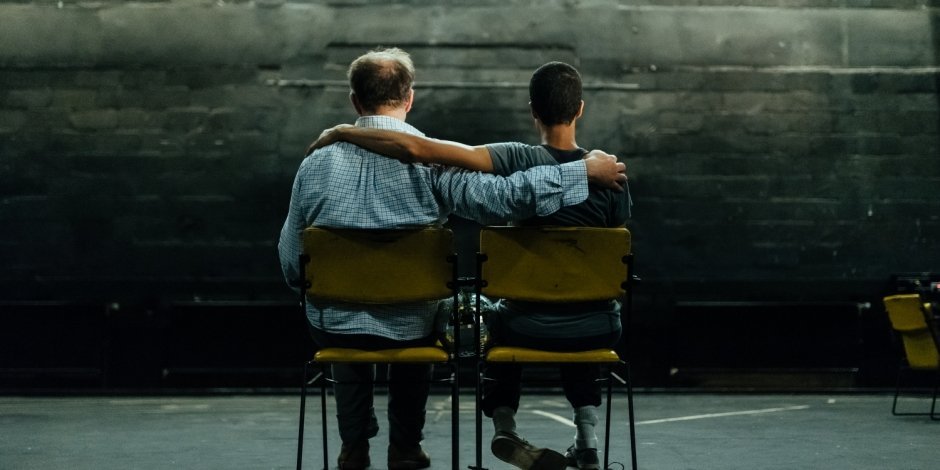 Devised and performed by dance maker Laïla Diallo and theatre composer / songwriter Jules Maxwell, Countless Yellow Chairs is touring around Bristol and comes to Tobacco Factory Theatres for a Pay What You Can performance on Thu 09 March at 6pm.

At the heart of Countless Yellow Chairs are nine chairs. The two performers, and nine chairs.

Performances are in three days in three different places. Starting here, then continuing and stopping at Arnolfini before crossing to the other side of town for a final stop on this itinerary of performances at the Trinity Centre.

This two-hander follows on from a first collaboration between the two artists on Hold Everything Dear (2012).

“A pensive, delicate assemblage of movement and music… wallow[ing] gracefully in a deftly conjured atmosphere”  The Times on Hold Everything Dear

PAY WHAT YOU CAN

A limited number of tickets will be available on the door, on the night of the performance only, and audience members are encouraged to pay what they can.

Laila Diallo is a dance maker based in Bristol. Recent work includes Edge and Shore, a collaboration with visual artist Helen Carnac commissioned by Siobhan Davies Dance  and presented most recently at The Whitechapel Gallery, London. A recipient of a Rayne Fellowship for Choreographers in 2006, she also was an Associate Artist at ROH2, Royal Opera House, between 2009 and 2012. She is currently creating a new work for Skånes Dansteater, Malmo, Sweden and has been invited to choreograph for BBC  Young Dancer 2017 Grand Final.

Jules Maxwell is a theatre composer and songwriter based in Northern France. Recent work includes Doctor Faustus, Antony and Cleopatra, The Merchant of Venice and Boudica at Shakespeare’s Globe in London, Virgin Territory for Vincent Dance Theatre and Spectrum for Skånes Dansteater in Malmo. As a piano player Jules has toured with Dead Can Dance, Duke Special and Foy Vance. He is currently collaborating with Lisa Gerrard on songs for Le Mystère des Voix Bulgares, and lighting designer Lucy Carter on a sound and light installation for Dance Unbrella. He previously worked with Laïla Diallo on Hold Everything Dear.