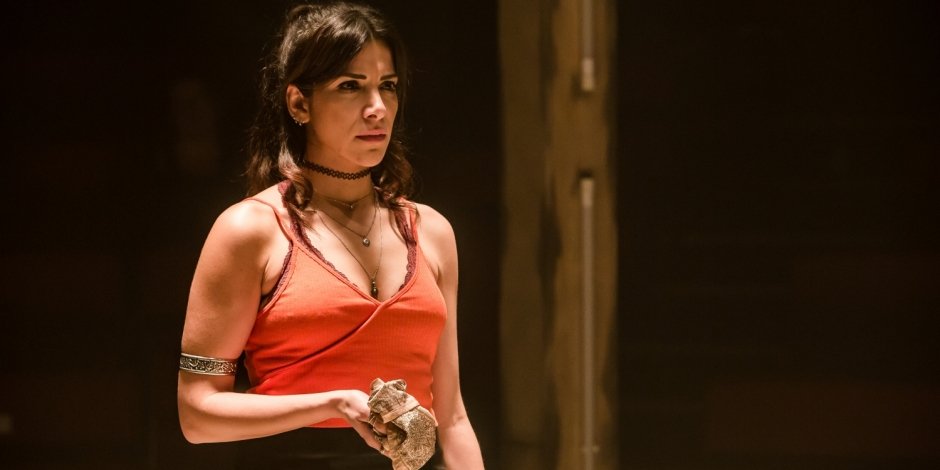 Image: Image: The Other Richard

As we enter the final two weeks of Othello playing here in Bristol, Hayat Kamille, who plays Bianca, reflects on the journey that has brought her to this point.

As I write this, I am sat in my ‘digs’. It’s a concept that is fairly new to me. Residential roulette, if you will. And it’s safe to say I lucked out. Top floor, bright and airy, ensuite loft room, mere minutes away from Tobacco Factory Theatres. I can see the Tobacco Factory building from my window, with the red and white flag blowing proudly in the wind. Each morning (often afternoon, I can’t lie) I wake up and draw the blind to see it waving at me. Each day I smile back, and I remind myself how unbelievably lucky I am to be here. Here at Tobacco Factory Theatres, here in Bristol and here in England.

I play the role of Bianca – one of only three women in the play. Like me, she’s from a foreign land. She falls in love with *SPOILER ALERT* Cassio and *SPOILER ALERT* it doesn’t end all that well for her. It is a tragedy after all!

Bianca has waited for Cassio for what feels to her an eternity:

But I’ve waited for Bianca a little bit longer than that. It has been approximately 2,555 nights (and a lorra lorra hours) since I decided to try my hand at the weird and wonderful world of professional acting. After some nice TV work and a couple of movies (dahling!) this production of Othello is my first proper stage job.

We are now nearing the end of the Bristol run, with just over one week left. Exeter, London and Germany are next – whoop! So far there’s been a lot of fake blood, some magical moments and beautifully generous audiences. (Do come along if you haven’t already, they really are brilliant!). 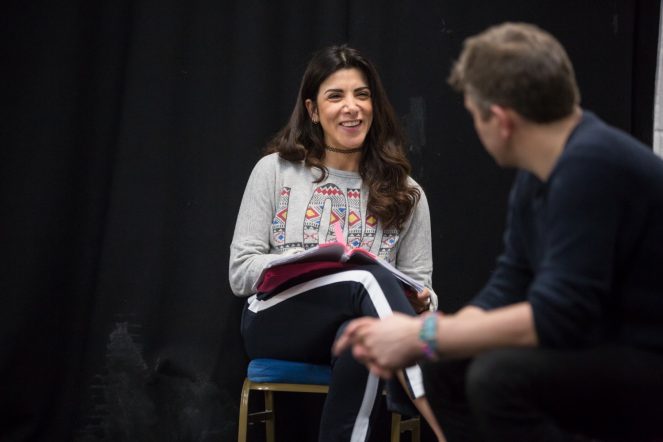 And then there’s that luck that I keep talking about… To be in such a phenomenal company with these people – who care so deeply about each other and about this incredibly pertinent and (unfortunately) still relevant play – has been one of the best experiences of my life to date. As an actor you often experience the creeping despair of unemployment, so to be in a job this joyful is a lovely feeling.

Like the play itself, it’s funny what roads life can take you down, based on the (sometimes most minute) decisions you make. The choices made by the characters in Othello are often detrimental and I’m reminded of the old adage of ‘what if?’ like in that film, Sliding Doors. What if….Iago had not been so vicious. What if…Othello had not believed him. Had Cassio just gone and married Bianca like he should have. Had my parents not decided to go on holiday to England in 1990, baby Hayat in tow. Had the Gulf War not grounded our return flight… If none of this had happened, it would be very unlikely that I’d now be pursuing my dream, and able to write this blog.

We were now an Iraqi family living in Thames Ditton in Surrey in the early ’90s, greeted so warmly by the majority – my mum didn’t even have to fill out an application form for the school she enrolled my siblings in (big up Thames Ditton Infants!) She was handed a uniform by the Headteacher and told that “…school starts on Monday” (there’s that luck, again). I grew up with a Muslim grandmother but I went to church with my school and sang hymns (out of tune) in assembly, and I bought a crucifix and prayed by my bedside. I didn’t know what religion was or what it meant, but I was more familiar with Christianity, even though I was technically born a Muslim. And we all know that if I was born in Baghdad in 2017, my fate would be very different.

We know that there’s been a Muslim presence in England for hundreds of years. Shakespeare wrote about it. And here we are presenting it. It’s not new, but it couldn’t be more important or relatable. Richard Twyman has painted a beautiful picture focussing on the human relationships and what we do and say to each other and the repercussions of our actions.

But “there’s magic in the web of it” (you can literally take any line from this play and use it in our modern-day life, in any context. Trust me – I do it every night in the dressing room).

So, I challenge you. Come and see for yourself.

Many thanks to Hayat. Othello, our co-production with Shakespeare at the Tobacco Factory, runs at Tobacco Factory Theatres until Sat 01 April . For more info and to book visit the main show page.