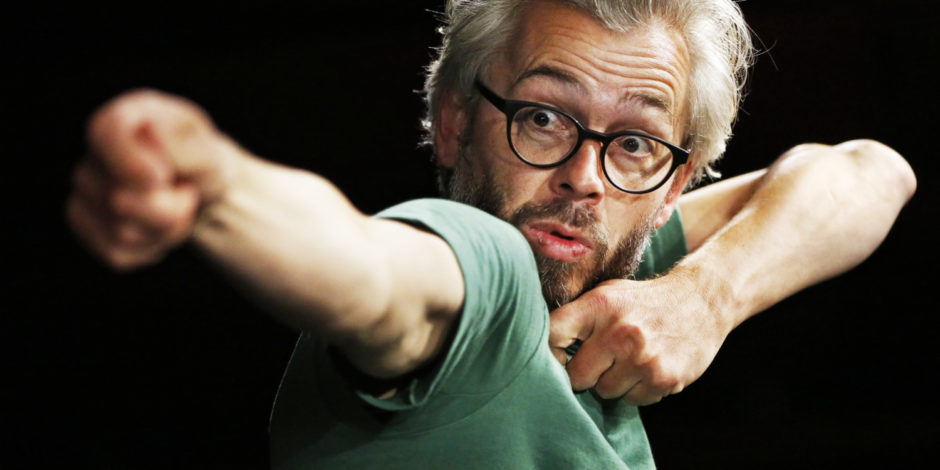 ME & ROBIN HOOD: political theatre with a genuine heart

This week ME & ROBIN HOOD opens at Tobacco Factory Theatres! Hugh Hughes presents Shôn Dale-Jones in a thoughtful and engaging tale about inequality, myths and taking control of your own story.  ME & ROBIN HOOD follows on from The Duke in a trilogy of shows questioning the value of art and the power of story.

We caught up with Shôn to find more about his inspiration behind creating the show.

What is your inspiration behind creating ME & ROBIN HOOD?

ME & ROBIN HOOD is my response to how the growing gap between the rich and the poor is affecting the way the world is being shaped. It’s my attempt to encourage us to imagine the lives of those living without the opportunities ‘we’ have – ‘we’, the liberal-minded, well-educated theatre-going public. It’s my attempt to encourage ‘us’ to do something about it, because, as Chomsky says, ‘the growing gap between rich and poor isn’t good for anyone in society’.“

Why does Robin Hood’s character resonate with you? 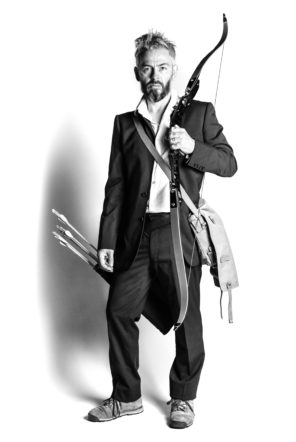 How do you want audiences to feel after watching the show?

Over the last few years, while creating, touring and performing this trilogy, my main drive has been to find ways of bringing us closer together – trying to counter the division that is growing between us. I want to seek commonality, while so much of what we hear is what divides us; I want us to not just sympathise with people we call refugees, but stand in solidarity with them; I want to understand and respect our privilege and be better at sharing our ‘good fortune’; I want us to recognise our shared vulnerability and to confront the mistakes we all make.

Why is the story of ME & ROBIN HOOD so important?

ME & ROBIN HOOD was sparked by the rising levels of inequality at home and abroad, I’m more affected by the outside world than I ever have been. This is what Hoipolloi is trying to achieve now; this is what we want to talk about. We are at the beginning of a new chapter.

There is a clear through line from The Duke, which many of you will have already seen, to ME & ROBIN HOOD, which tells stories of growing up on Llangefni – a small town on the Isle of Anglesey – to protesting in front of a bank as I become angrier at the growing inequality I saw around me. ME & ROBIN HOOD is more challenging to the audience than The Duke, which was warmer and funnier, this has warmth, but there’s also real frustration and anger. At the same time the work is interwoven with personal stories bearing real heart and shot through with humour. It combines the traditions of political theatre with the genuine heart of a personal story.

Both shows not only have a social conscience, they put their money where their mouth is, with both The Duke and ME & ROBIN HOOD having raised £75,000 for child refugees and street-connected children, via Save the Children and Street Child United. I believe this really gives our work value. It’s inspiring, I have a much deeper motivation now, I love going on stage and I know why I am telling the story. 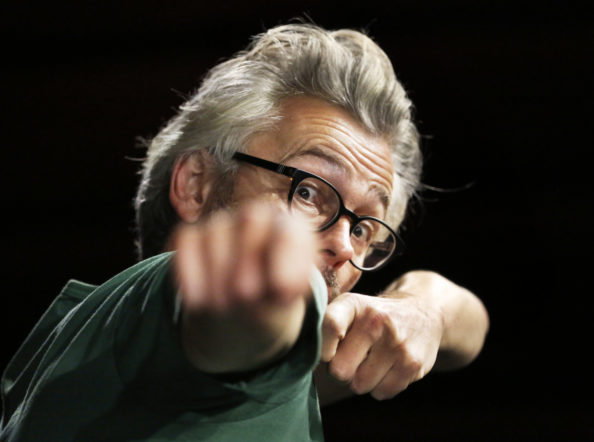 Describe the show in three words

Tell us why you have chosen to raise money for Street Child United?

ME & ROBIN HOOD is made to raise money for Street Child United. The show connects audiences to the charity via it’s narrative content.  ‘We’ have the possibility of making the world a better place. Individually, our generosity can make a difference. We want to connect our audience to Street Child United in order to strengthen the purpose and reach of the work.

To date we have raised £75,000 to make a difference to the lives of child refugees and street-connected children around the world and hope this amount continues to rise in the coming years.

Are you excited to perform the show at Tobacco Factory Theatres?

I’m delighted to be back at Tobacco Factory Theatres after the success of The Duke here last year. Bristol audiences were generous with their feedback for the show, but also with their support and their generous donations took our fundraising for Save the Children’s Emergency fund to over £50,000. For that reason Bristol and its audiences will always have a very special place in Hoipolloi and my heart. I hope we’re able to replicate the success for Street Child United this week and look forward to welcoming the city’s audience to the Spielman Theatre.

It is indeed! So far, our 25th anniversary year has included a tour of Australia with The Duke and ME & ROBIN HOOD at the beginning of the year; the creation of THE LADDER, the third show in THE LOOSE CHANGE TRILOGY, and the adaptation and recording of ME & ROBIN HOOD for BBC Radio 4, broadcast in June.

We will also be announcing some very special news to culminate the celebrations of our 25th anniversary year soon, keep a look out on our social media channels and website for more details…

Catch ME & ROBIN HOOD at Tobacco Factory Theatres this Wed 02 until Sat 05 October in the Speilman Theatre. For more info, visit the show page.