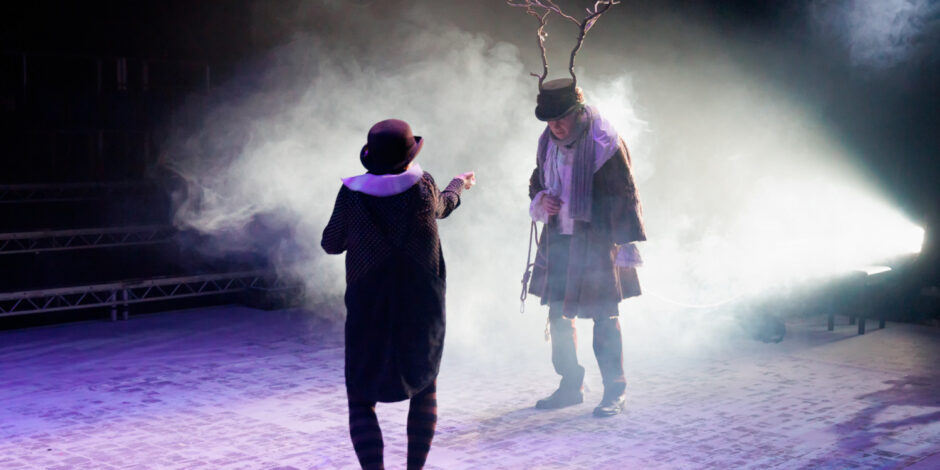 Let’s find out more about the award-wining cast and creatives who are getting ready to bring this magical and exciting show to life this December!

Join Gerda on her quest to the frozen north as she tries to save her best-friend Kaj from the icy, wicked clutches of The Snow Queen at Tobacco Factory Theatres this Christmas.

This is a Tobacco Factory Theatres, New International Encounter and Cambridge Junction co-production. 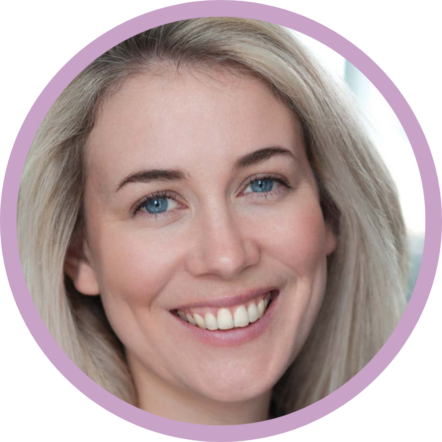 Samantha also works as a puppeteer and writer. You can find her children’s story book ‘The Adventures of Oop and Imm’ in the Little Angel Theatre’s online shop 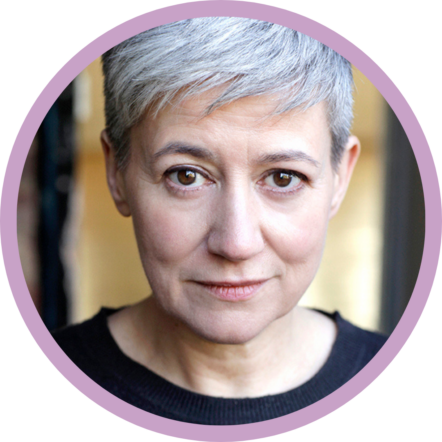 As an improvisor she’s worked with Comedy Store Players and Improbable Theatre – for whom she’s performed in Animo, Permission Improbable and Lifegame – as well as running their Devoted and Disgruntled events for the theatre community.  She has a twoprov duo with Siobhan Casey.

As a writer she’s been commissioned by National Theatre Wales and the Royal Shakespeare Company, was 2018 Writer in Residence at Theatr Clwyd and is currently under seed-commission to NTW.

The Snow Queen is her fourth NIE show following Around the World in 80 Days, Tales from the Edge of Town and Snow White. Her website is www.alexmurdoch.co.uk 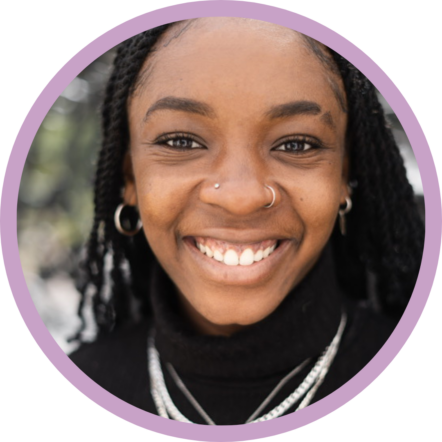 Natisha is an actor and a dancer specialising in devising and ensemble work.  She trained in Physical Theatre at St Marys University in London graduating in 2019. She is working with Dead Rabbits Theatre Company in The Tiger Lady. The show recently performed at Edinburgh Fringe Festival in August 2022. 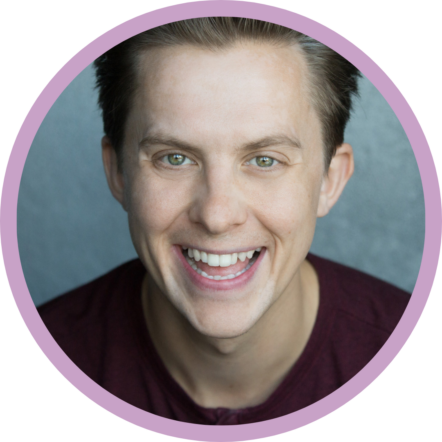 Joey trained on the Actor Musicianship course at Rose Bruford. 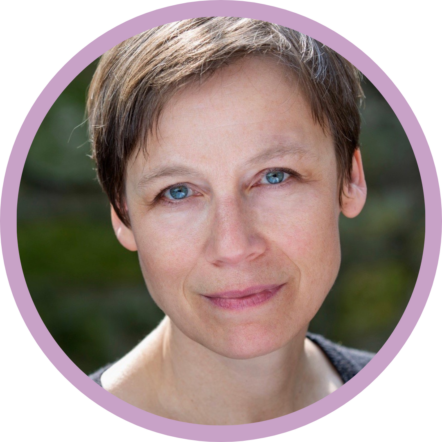 Born in Switzerland, Stefanie studied at the International Theatre School Jaques Lecoq in Paris. She was Artistic Associate of Hoipolloi Theatre for 25 years working as an actress, director & set-designer. which she co-founded in 1994 She designed and directed Hoipolloi’s award-winning collaborations with Hugh Hughes. Most recently Stefanie directed Shon Dale-Jones in POSSiBLE for National Theatre Wales and Still Floating

Recent TV includes: Journalist in The Crown; Greta in War of the Worlds 2; Nicole Moreaux in Killing Eve; Erna Richter in Homeland

Recent theatre work includes: The Snow Queen & Snow White for NIE (Tobacco Factory and Cambridge Junction); Factory of the Future, We Know Not What We May Be and Love Letters with Metis Arts (Barbican London, Edinburgh, Oslo, Berlin) Unconditional with ThisEgg (Edinburgh Fringe and UK tour) 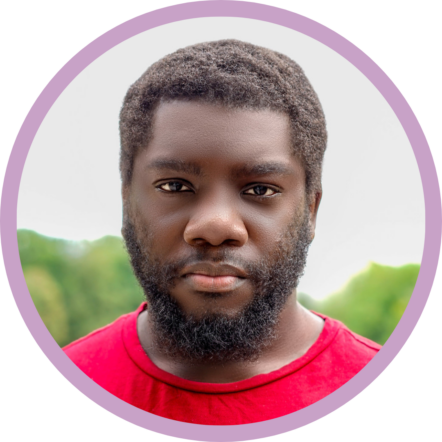 Abayomi studied Drama & Physical Theatre at St Mary’s University Twickenham.  He then went on to tour with his theatre company in London and Slough to perform his devised show called Windrush Square. Abayomi has gone on to do other shows such as, Snow White (Tobacco Factory), Billy Budd (Royal Opera House) and Tiger Lady (Greenwich Theatre).

He has led theatre workshops in the UK, the Czech Republic, Norway, Poland, Germany, the USA, Japan, Switzerland, China, Denmark, and Bosnia.

Sophie is a Bristolian Theatre Maker specialising in movement direction, inclusive facilitation and puppetry. Humanity, storytelling and acceptance is at the centre of her work.
Training as an actor at Liverpool Institute for Performing Arts, she graduated in 2016 and has worked as a freelance artist ever since. An Associate Artist at Rising Arts Agency, Gathering Voices, Flamingo Chicks and The Natural Theatre Company; Sophie works in multidisciplinary ways across a wide range of settings in the south-west and beyond.
Sophie is a resident facilitator at The Tobacco Factory, co-directing the Acting Lab programme. She is delighted to be joining NIE for The Snow Queen this Christmas.

Dean is a stage and production manager, based in Bristol.
Working predominantly on dance and visual theatre, and work for families, he has had the pleasure of touring nationally and internationally with companies like; Akram Khan, Green Ginger, Pickled Image, The Wardrobe Ensemble, Mark Bruce Company & Extraordinary Bodies. Since the pandemic he has also leaned into the world of television, but his heart will always be in live performance.
He is thrilled to be back with New International Encounter after working with them on various productions spanning the last 10 years.

Designed sets, lights and costumes (!) for the first outdoor production after lockdown: Tatlin’s Tower, at the model of the tower behind the Sainsbury Centre in Norwich, directed by Karen Kirkham.

When corona hit, she was preparing Tamerlano for the Cambridge Handel Opera Company, her second design collaboration with director Dionysios Kyropoulos, after Strange Ghost by composer David Earl in 2015. It is scheduled to perform in April 2022.

With NIE she designed the lights for I Will Be Everything, which toured Europe; Snow White, and Beauty and The Beast, which started in Cambridge, toured to the Tobacco Factory in Bristol and the New Victory in NYC.

She has worked with the artist Caroline Wright on Breath Control, years ago at the Cambridge Junction and in it’s latest incarnation at the Coronet in London. In Valencia she lit Peter Grimes at the Palau de les Arts, directed by Willy Decker. Together with the performer Adie Mueller, Trui developed and designed My Heart, My Heart, Live Poetry Jukebox, a poetry performance project that is touring the UK.

Jon has been composing music and designing sound for theatre since 1997. Work with Tall Stories includes ’The Gruffalo’,  ‘Room On The Broom’ ‘Wilde Creatures’, ‘The Canterville Ghost’, ‘Mr Benn’, ‘William’s Monsters’, ‘The Gruffalo’s Child’, ‘Snow White’, ‘Something Else’, ‘The Owl and The Pussycat’, and ‘Rumpelstiltskin’. Other sound design work includes, ‘Cluedo (UK Tour), ‘The Comedy About A Bank Robbery’ (West End and UK tour)

we look forward to meeting you! 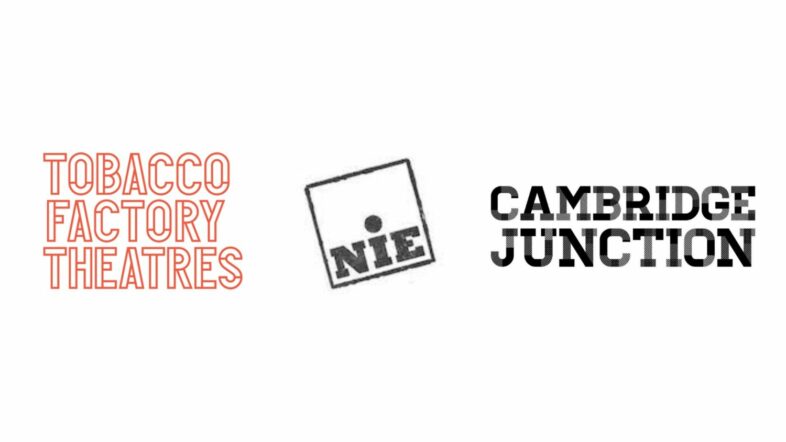 10 Reasons to book for The Snow Queen this Christmas

Make the festive season extra special this year with our Christmas show that will transport you to faraway lands,...