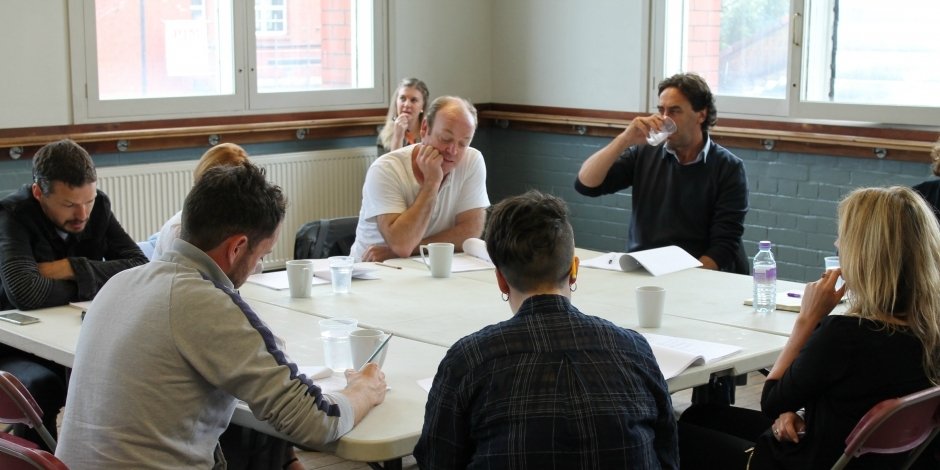 For the last three weeks we’ve welcomed incredible intern, Anna, to the Tobacco Factory Theatres team. Find out about her adventures in her blog below…

I started at Tobacco Factory Theatres on the first of September for a month’s internship working mainly with the Programming and Producing Department, shadowing the theatre’s Producer Kerrie. In my first week I was used in almost every department doing a variety of jobs for a range of people giving me the opportunity to see all aspects of theatre office life and how it runs.

Each day I come in, have a chat with Kerrie and find out my tasks for the day. My first jobs over my starting two days were for the Programming and Producing Department doing research, scanning and making a schedule for the upcoming busy Monday. I also had a lot of reading to do; I read Caryl Churchill’s Blue Heart, a production that was coming to rehearse at the theatre on the following Monday and got the opportunity to read one of the original drafts of the play so I could see the meaning of the play beyond the ‘blues’ and ‘kettles’. 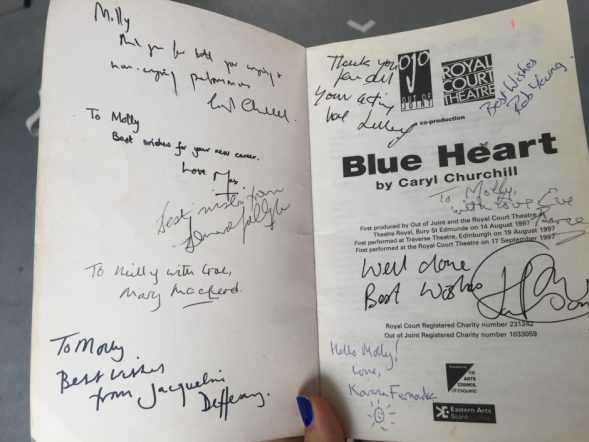 My final read for the two days was a first draft of a new script that was going to be produced by Tobacco Factory Theatres for their A Play, A Pie and A Pint series.

After the weekend I was straight back into things with the very busy Monday I’d previously made the schedule for. Two casts were coming to the theatre, one to begin rehearsals and the other to do their first read through. Both companies were bringing shows that are collaborations between Tobacco Factory Theatres and partners The Orange Tree Theatre and The Sherman Theatre. I was able to attend a meet and greet for each cast and a tour of the theatre with them.

The opportunity to sit in on the read through for The Weir coming to the theatre next month was definitely a highlight of the day. As someone who didn’t know the play previously it was a great opportunity to learn the plot. The read through alone was so emotive that it was clear the full and finished production is going to be something very special. 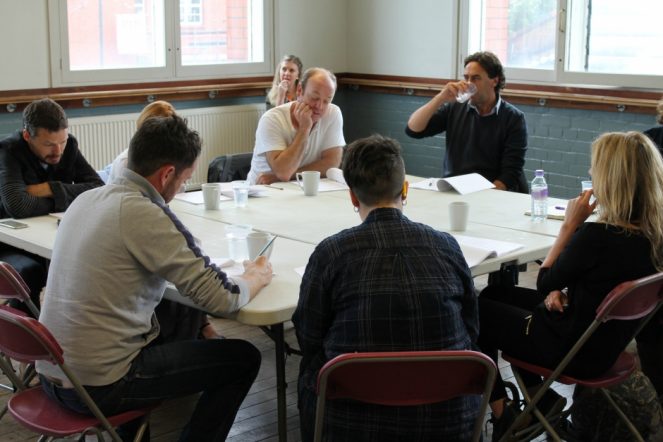 The rest of the week brought on a variety of jobs: doing admin work for the Operations Department, sitting on meetings with the producing team and helping out at a development event. In addition to the office work I was doing I got to do work for the in-house production of Blue Heart, doing research for the AD and lots of printing for him to stick up on the walls of the rehearsal room to help the actors.

My first week and a bit with Tobacco Factory Theatres has been fantastic. The diversity the theatre offers in its programming was made evident in the space of just a few days with the arrival of Blue Heart’s cast and crew, the read through from The Weir and the comedy show that was attached to the mid week development event. I’ve been completely immersed in theatre life and I couldn’t be happier about it. The team has been so welcoming and have helped me settle in very quickly.

My second week saw little change to the first; it was full of jobs from an assortment of different departments. I took part in a mailing for marketing, something I surprisingly enjoyed – there’s something therapeutic about the rhythm of continuously stuffing envelopes! Other jobs of my week included gathering data for a spreadsheet for the administrator Rusti, doing research to find actors that could potentially be in the cast of a play coming up, starting to gather information for a freesheet to be made for Blue Heart, and starting to update an outdated list of local accommodation for touring actors. In addition to the little jobs I was doing for everyone, I spent a lot of time in the rehearsal room watching Blue Heart in rehearsal; this was one of my favourite things to do through the week.

As someone who loves acting herself I found it interesting to watch the way the rehearsals were structured, how the actors and director worked together and also how the stage management team worked, something that I have seen little of. The Deputy Stage Manager Hannah was especially great when it came to going down to the rehearsal room as she was always open for me to ask questions in the breaks. She would compare how they do things in their current show to how it would be done on a bigger scale show and smaller to give me an idea on the range of things involved in stage management at different levels. As well as being purely entertaining to watch the rehearsals, it was helpful too and I’m very grateful to the cast and crew for letting me in and being so welcoming.

My week ended with a conference on Friday that I attended with Mike, the Artistic Director at Tobacco Factory Theatres, called ‘Doing Things Differently’. It is running here in Bristol, with the topic of conversation being diversity within the arts. Through the day the focus was trying to get the arts to be a more accurate representation of society, with an emphasis on people who identify as disabled. Something that struck me from the beginning of the talk was that it became clear that the arts, a sector known to be more liberal than many, was not doing as well as the banking and business sectors, that are widely recognised as being more conservative. The conference was filled with talks, presentations and performances all with a concentration on being more inclusive and adaptable for people with disabilities and bringing about awareness for an issue I think many, including myself, had missed. For example, a statistic that stuck with myself and Mike even after the conference was that 20% of our society is made of people who identify as disabled, yet only 2% of that is represented in the arts. Not only did the conference enlighten those previously un-informed people, but it had an emphasis on actions and principles to take away. Some of the things that stuck with me most from the talks were the importance of failure for development, personally and within an organisation and the significance of making time. The day was inspiring and thought provoking I think everyone who attended felt a new determination to take the actions and principles with them to start the baby steps needed for a change to happen.

My third week started with me continuing to update the accommodation database. As usual I was doing jobs for all departments but this week saw more of a focus on Blue Heart as the show would be opening on Thursday. For this reason I spent some time in the theatre space observing the get-in and tech runs. The show has taken on fantastic form from when I first watched a rehearsal and seeing it in the space with all the lighting, music and costume makes it come to life like never before. 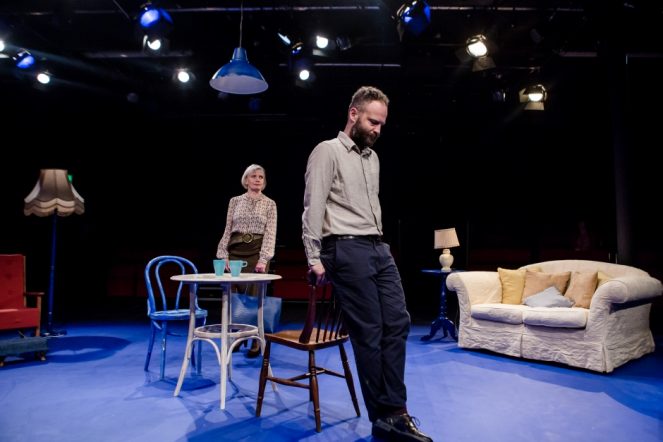 The following morning after the brilliant dress rehearsal was a Production Fund Breakfast where there was a chance to meet and ask questions to the writer and director of the upcoming A Play, A Pie and A Pint production, Samuel Bailey and Jesse Jones. Also attending was Kerrie, the Producer for the theatre and specifically Blue Heart. Events like this have become slightly strange for me to attend now I’m working here as my parents come as part of the production fund. Knowing where to sit and stand is an issue when you are on both sides… But that’s not to say I don’t enjoy them.

After the breakfast apart from a few more admin jobs the rest of the day was very busy with the preparations for opening night. One of my tasks was getting presents and cards ready for the cast and crew and part of this task included having to cut and stick blue hearts onto bottles of prosecco! When the evening came I helped the chaperone with the children and watched their rehearsal, reminding them of what they had to do. Then it was show time! Despite only staying for the first half due to my early start that day, I was so impressed by the performance. It was a brilliant show and the audience loved it, I can’t wait for press night!