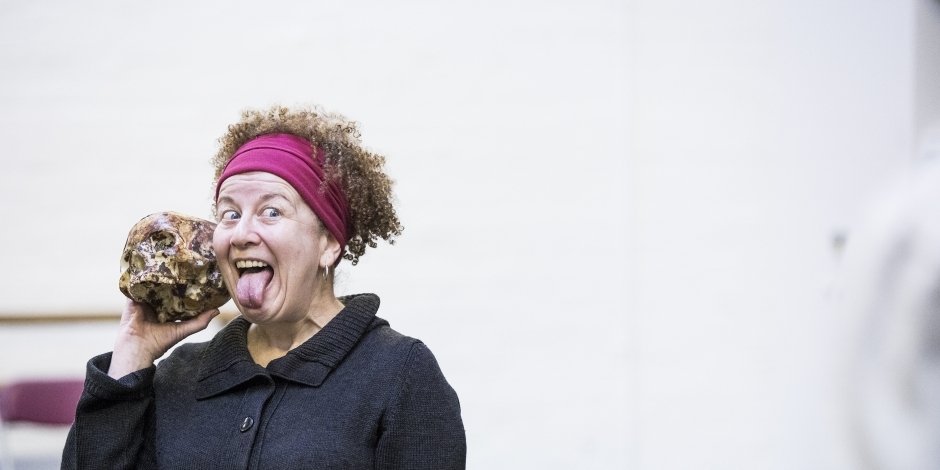 Welcome to the first blog for Hamlet, by Shakespeare at the Tobacco Factory and Tobacco Factory Theatres. And first up is Nicky Goldie who plays Sexton and spilled the beans on the final week of rehearsals, fizzing excitement and being funny. 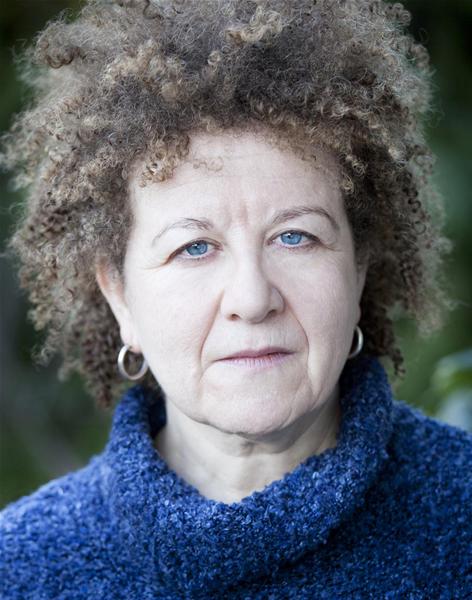 “It’s the last week of rehearsals and things are hotting up.

This time next week we’ll be performing in front of an expectant audience for the first time. Eek!!

As a company, we’ve discussed the political, historical and emotional landscape of our court at Elsinore in 1600 (eg not too much bowing and scraping, Danish Kings were elected, feminism definitely hadn’t been invented) but we’ve mostly been rehearsing our scenes in isolation with Andrew, our director.

Now it’s time to put the jigsaw together, and show each other what we’ve been up to. And of course to see if the story makes complete sense to us and to an audience.

I spend a moderate amount of time attending on Gertrude as a lady in waiting, but my main part is the sexton, or gravedigger, which is not exactly a massive role. Three pages worth in fact – but I like to think there are no small parts, only small actors. And being only 5’2” tall, I don’t want to let the company down.

I have the scary responsibility of being the light relief after quite a bit of royal domestic angst and even the odd murder. I’ve also got a sneaking suspicion that people are going to be expecting me to be funny.

My landlady, Elizabeth, has put up with me rolling a skull around her kitchen floor, along with assorted scissors, oven gloves and tea towels – doubling as pickaxe, spade, lantern, bottle and all the other props your average  renaissance grave digger would use, as I try to time the “business” with my props  around my lines to best comic effect.

Today we ran Part 2 for the first time.

Dare I say it – I felt that fizzing sense of excitement when you realise you might be part of something rather special. A palpable hit?

Best not tempt fate, but suffice to say that I am in awe of all of my acting colleagues, was thrilled by the scarily realistic fights, and was reminded again what a jolly good yarn Hamlet is; and as for Alan playing the Dane – how can anyone so young be that talented? He’s only 23 for goodness sake – the baby of the company!

Oh, and people did laugh at my bit. Phew. The fivers are in the post.”