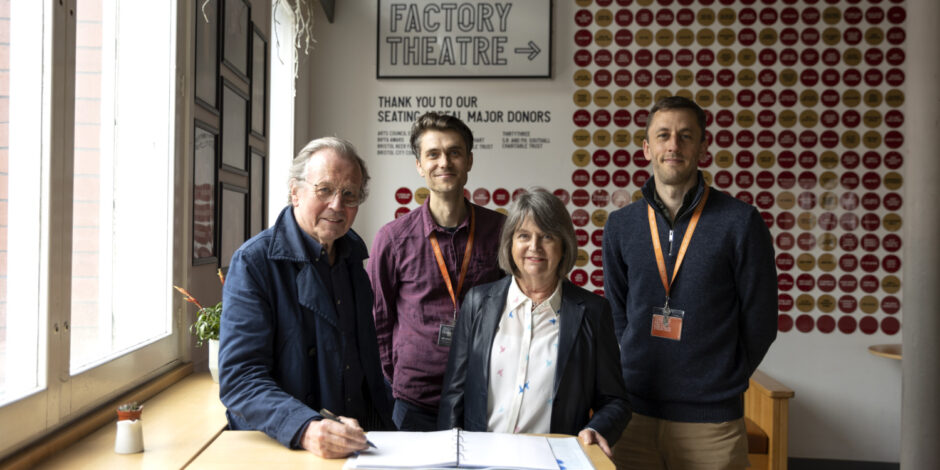 George Ferguson bought the abandoned Tobacco Factory building in 1993, to save it from demolition and to experiment with a mix of uses with theatre at its heart, to demonstrate the power of culture led regeneration.

Born out of that experiment, Tobacco Factory Theatres have brought theatre to new audiences in South Bristol and beyond, achieving national acclaim. Run as an independent charity Tobacco Factory Arts Trust since 2005, it has grown to accommodate two theatre spaces – the Factory Theatre and Spielman Theatre. It presents a programme of excellent in-house and touring productions as well as engaging directly with the wider community through its ‘Get Involved’ programme: https://tobaccofactorytheatres.com/project/get-involved/

This generous gift from Tobacco Factory owner George Ferguson, granting a free 999-year lease for the whole of the building’s first floor, is a very significant commitment to Bristol’s rich cultural offering.

After a tough period of uncertainty for the whole theatre industry in the wake of the Covid-19 pandemic, it helps secure TFT’s plans as it reaches its 20th anniversary in September 2022.

Sarah Smith, Chair of Tobacco Factory Theatres, says; “We want to say a huge thank you to George who continues to champion the value of community and theatre and has done so much for Bristol. This very generous gift is an incredibly positive step for the theatre as it looks ahead to its next 20 years!”

Mike Tweddle, Artistic Director and David Dewhurst, Executive Director at Tobacco Factory Theatres, echo the importance of this gift for the charity; “This hugely generous gift from George Ferguson empowers us as we celebrate two decades of ambitious growth and experimentation, and share a vision for the decades ahead. We are more motivated than ever to continue creating extraordinary creative adventures for the people of Bristol and beyond.”

Owner of Tobacco Factory, George Ferguson said; “It has always been my intention that the Tobacco Factory should benefit the wider South Bristol community long after I have gone. I felt that the time has come to start that process. It has been a fascinating experiment in local regeneration and I hope the Tobacco Factory Arts Trust continues to do great things for the next 999 years!

Tobacco Factory Theatres are currently in the middle of a busy summer season and opportunities to take part in their hugely popular Get Involved programme of Summer School sessions in July. The organisation is also about to unveil its autumn season shortly, including a brand-new production from Tobacco Factory Theatres’ in-house company, to be announced before the end of the Summer.