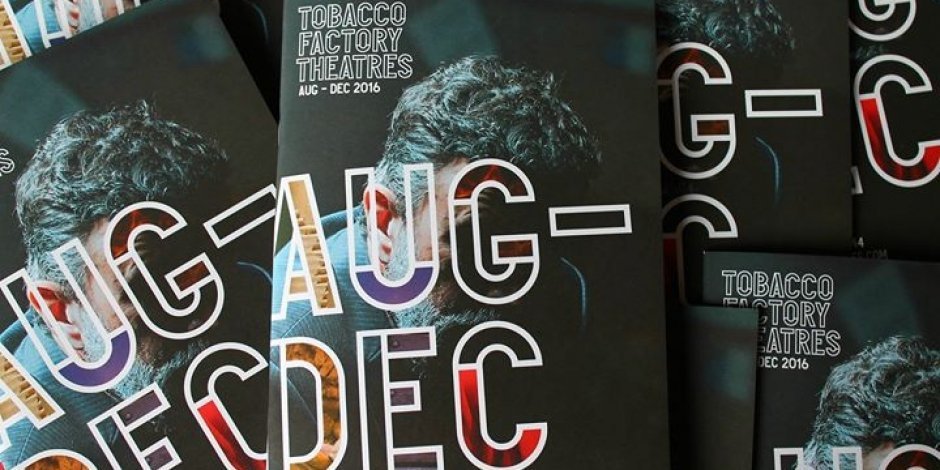 Last week marked the launch of our brand new season for Aug – Dec 2016 and, now that the dust has settled and tickets are officially on general sale, we’re beyond excited to share a little more about the shows that will be presented and produced here at Tobacco Factory Theatres this autumn.

Speaking at our season launch event Mike Tweddle, our newly appointed Artistic Director, announced the season with pride: “It’s an enormous honour to join Lauren and the team at Tobacco Factory Theatres to welcome you to the autumn 2016 season. It’s a season that’s packed with inspiring artists, incredible stories and ambitious new partnerships and collaborations. It’s a season of bold leaps forward for our organisation and I’m thrilled to be announcing it.”

Particular highlights include the return of our off-site series Tobacco Factory Theatres BEYOND, which sees us working with new and existing partners across the city of Bristol to present work in unique and intimate spaces. The autumn programme includes In Your Face & King’s Head Theatre’s Trainspotting at the Loco Klub (Thu 01 – Sun 18 September), Fuel Theatre & Inua Ellams’ An Evening With An Immigrant at The Cube (Wed 12 & Thu 13 October) and Champ at The Wardrobe Theatre, a Tobacco Factory Theatres a Play, a Pie and a Pint production with Bristol creatives Samuel Bailey and Jesse Jones (Tue 15 – Sat 19 November).

This autumn we’re investing ambitiously in further in-house productions and co-productions with key partners. Our vision is to bring world class directors, actors, and musicians to Tobacco Factory Theatres, as well as to invest in developing the best new talent from Bristol and across the country. We’re delighted to join with The Orange Tree Theatre in Richmond as we co-produce the very first major revival of Blue Heart, from visionary playwright Caryl Churchill (Thu 22 September – Sat 01 October). This is closely followed by our latest co-production with Opera Project on perhaps Mozart’s most iconic opera, Don Giovanni. Together with Cardiff’s Sherman Theatre we’re excited to present multi award-winning playwright Conor McPherson’s The Weir (Tue 25 October – Sat 05 November), not forgetting the revival of the effervescent Cinderella: A Fairytale this Christmas, our co-production with Travelling Light Theatre.

You can read more about all of these fabulous shows in on our What’s On pages here, where you can also download the latest brochure.

2017 Season of Shakespeare and Classic Drama

Richard Twyman, Artistic Director (Designate) English Touring Theatre: “Othello is one of Shakespeare’s genuinely timeless plays, that speaks afresh to each society that comes to it. With racial discrimination, fear of the outsider and Islamophobia, so tangible in our world today, the warning contained within the fabric of Shakespeare’s tragedy feels more urgent than ever: a heart-rending cry to look beyond divisions of skin pigmentation, religion or culture and acknowledge the humanity in all of us.”

Andrew Hilton, Artistic Director, Shakespeare at the Tobacco Factory: “In the new politics of demagoguery and theocracy, Tartuffe is truly a play for today. I have always loved Molière’s vigour, and the subtlety and resonance of his satire, and it is a great joy to be creating a new version of Tartuffe with my long-time collaborator, Dominic Power.”

The 2017 Shakespeare and Classic Drama season will be on sale on the following dates: