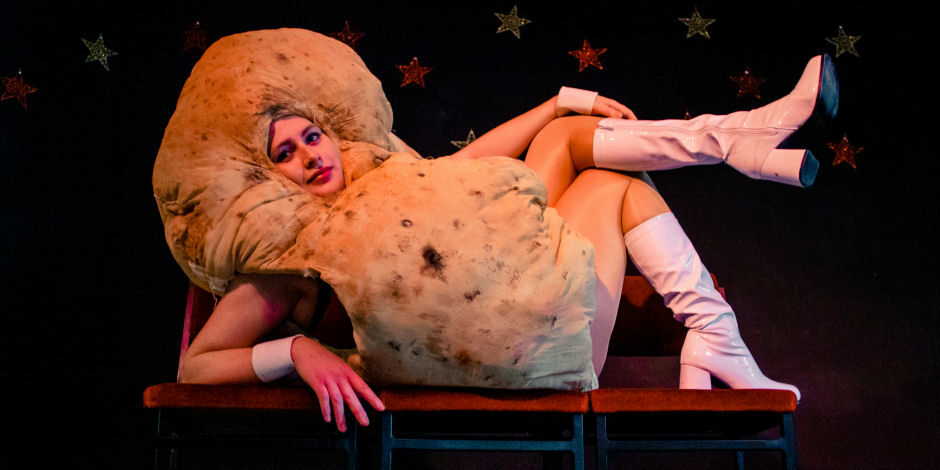 Potatohead tells the story of a humble spud Charlotte, who dreams of becoming a stand-up comedian. But how does a couch potato grow to become a golden wonder? With elements of kitsch cabaret and old school entertainment, this original new writing blends surrealist comedy and traditional theatre for a highly entertaining and joyful performance. Potatohead is an unadulterated celebration of silliness.

Potatohead is a starch raving mad adaptation of Doctor Faustus and the Seven Deadly Sins… with puppets. An original piece of new writing by puppeteer and performer Freddie Hayes, directed by Sh!t Theatre.

“Potatohead is as gloriously bonkers as it sounds. Freddie Hayes, our solo performer and Spud puppeteer fully commits to her endeavour with an endearing self-awareness of just how ridiculous it all is. This is an openly silly show, filled with cultural references, audience participation, video montages, potatoes, puns and puppets.”
View From The Outside