If you’re drunk on power, can you ever sober up?

Luis and BK are stationed at a border between their two countries. Luis believes in order and discipline.

BK believes in taking things easy. He also believes that somewhere out there, the spirit of a mysterious creature haunts the desert. The chance discovery of a strange other-world takes the guards on a journey into the dark heart of politics, tyranny and murder. Absurd comedy and grotesque puppetry combine to explore nationalism, leadership and the consequences of using another man’s toilet. 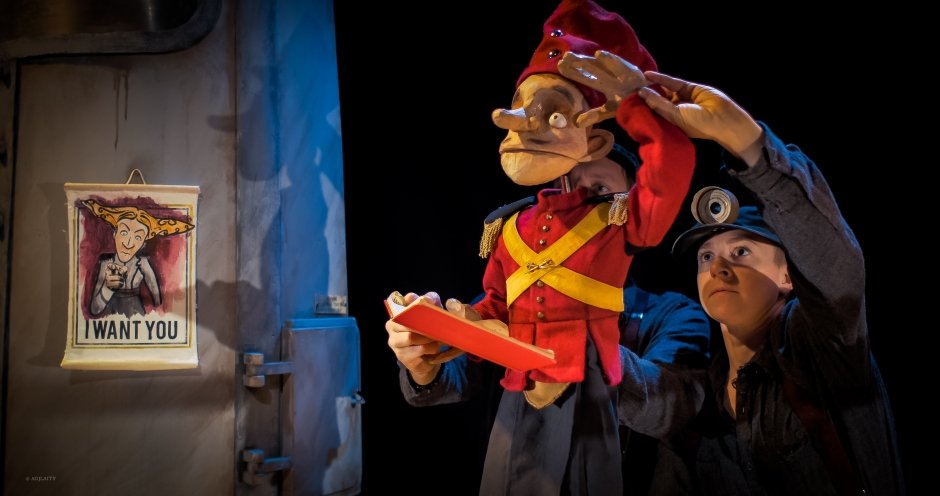 Available for Touring. See more about Green Ginger’s work over on their website. 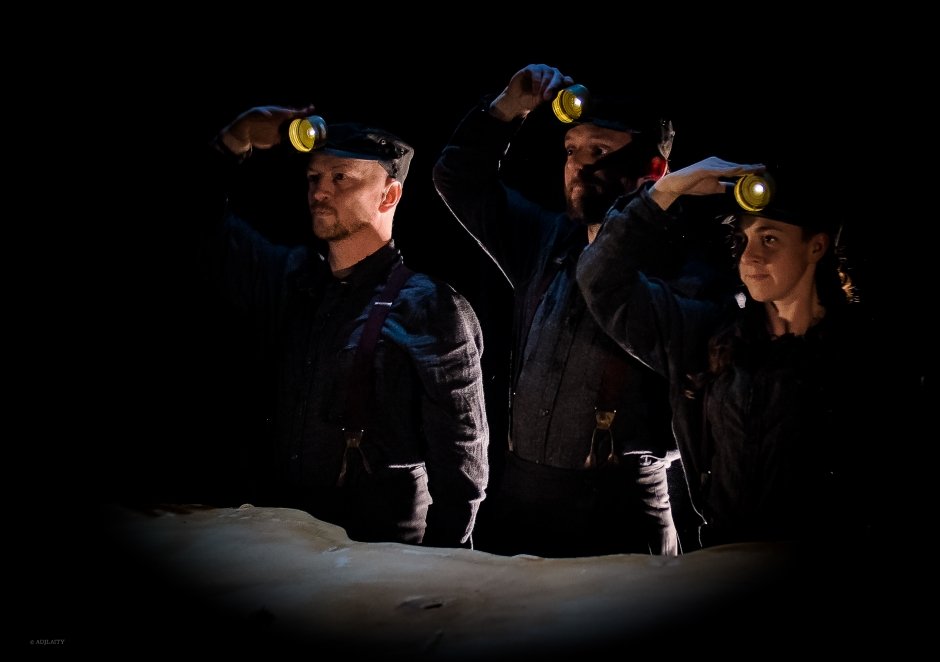 The script is powerful, the production and design brilliantly realised and the performers have the skills and experience to bring the characters and events great focus and energy.

The show really is very charming, and very beautiful. It’s a visually spellbinding experience, and a fantastic opportunity to see real puppeteering in motion.

Outpost will stay with you chiefly for the beauty of its puppets and sets, and for the captivating, edge-of-civilisation atmosphere they evoke in tandem with Benji Bower’s typically pungent score.

This is a parable, and the best parables are often warnings – plus you know deep down, past the puppets, that it’s referencing an ugly reality in our own world of global politics. 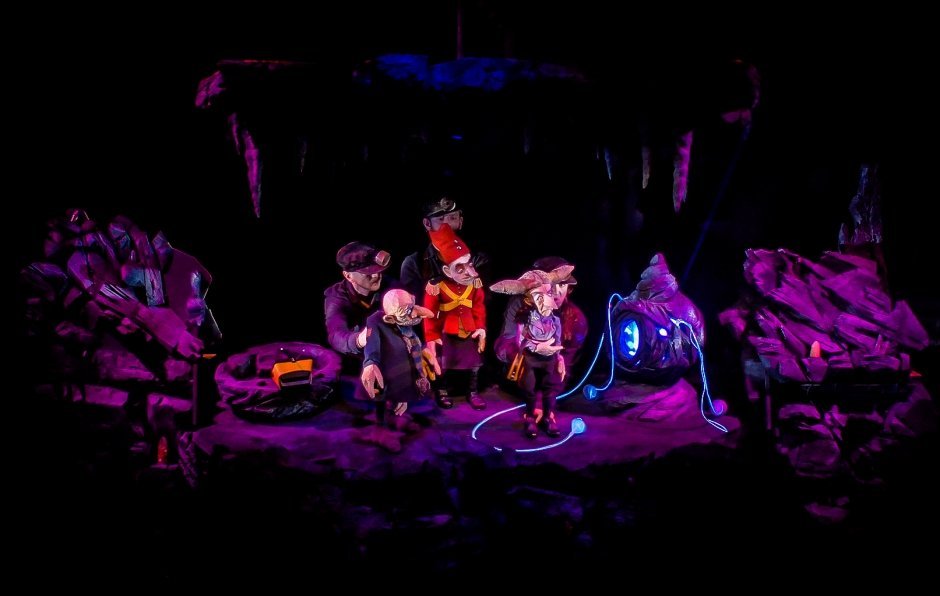 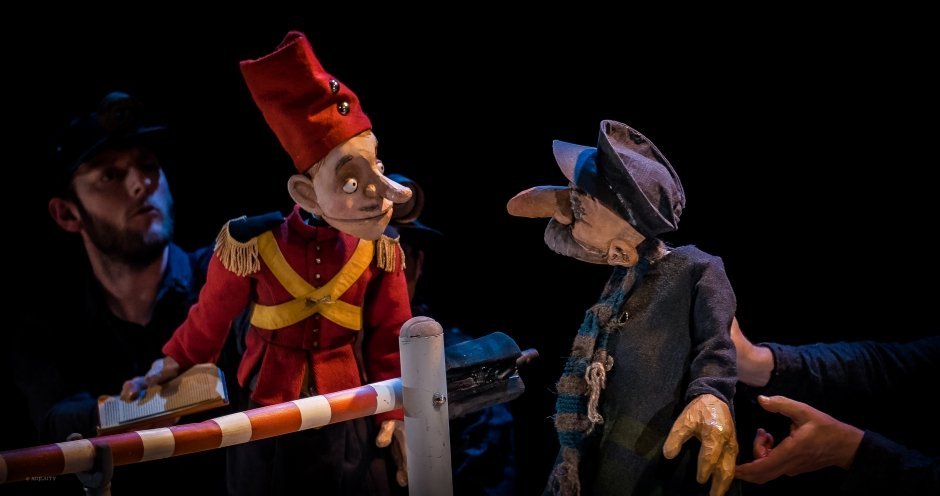 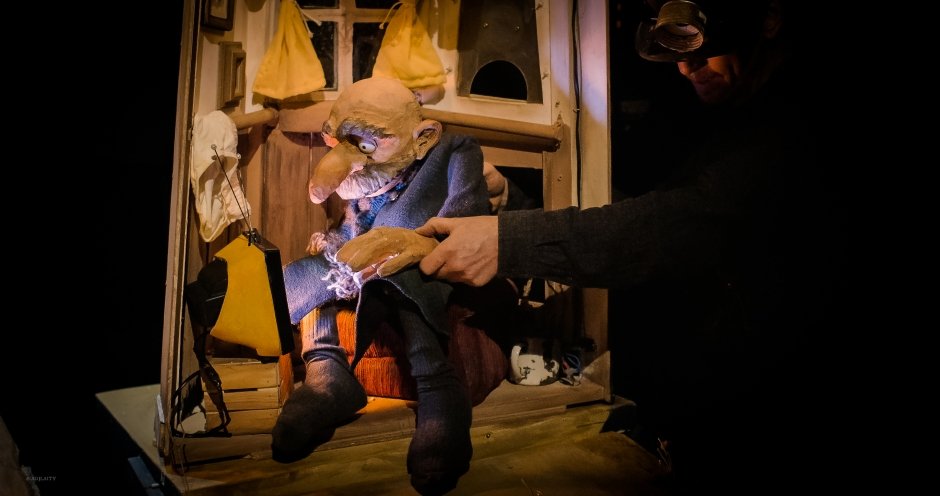 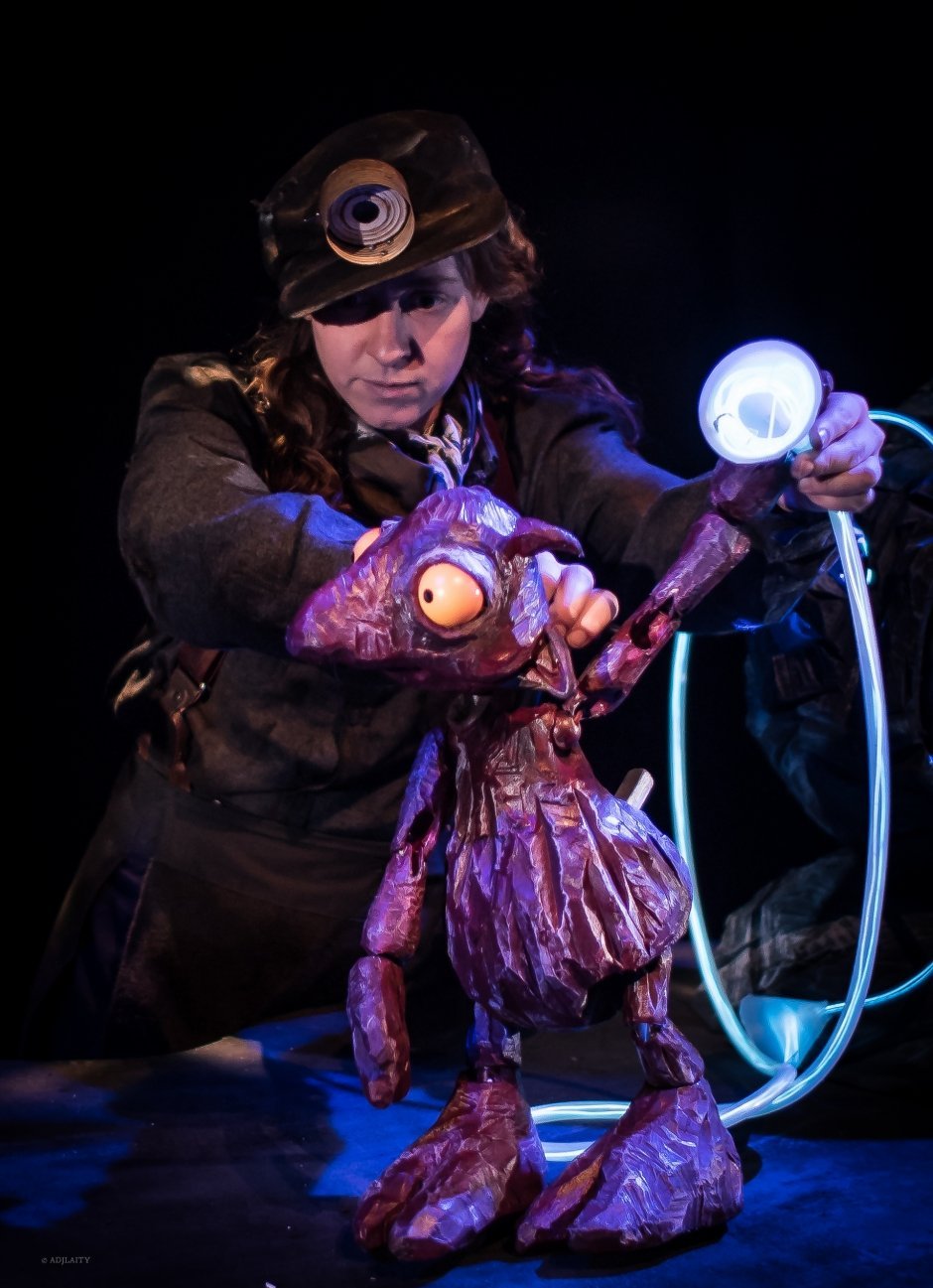